Saudi Foreign Minister Prince Saud al-Faisal told the U.N. General Assembly that hopes for an end to the crisis had been wrecked by what he suggested was the Houthis' failure to honour the deal. 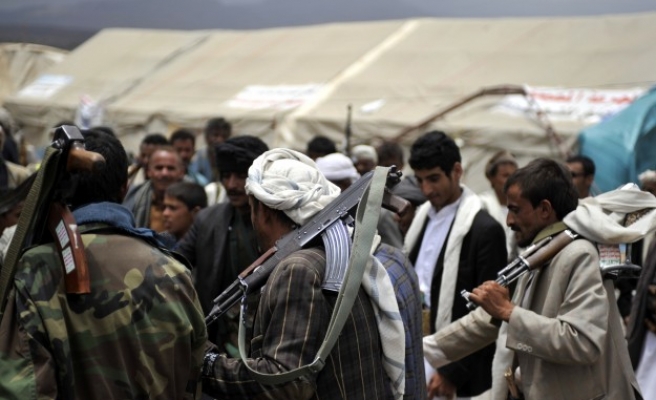 Saudi Arabia has said "unprecedented challenges" facing Yemen since Shi'ite Muslim rebels took over the capital could threaten international security, and called for swift action to deal with instability in its southern neighbour.

The world's largest oil exporter, which shares a long border with Yemen, welcomed an agreement signed in Sanaa on Sept. 21 to form a new government incorporating the Houthi rebels and some Yemeni southern separatist forces.

It is not clear whether the power-sharing deal will satisfy the Houthis' demands, or whether it will instead embolden them to seek further powers. Under a security annexe to the accord, they had been expected to leave Sanaa in return for their inclusion in the new government. To date they remain in place.

In some of his strongest language about Yemen to date, Saudi Foreign Minister Prince Saud al-Faisal told the U.N. General Assembly that hopes for an end to the crisis had been wrecked by what he suggested was the Houthis' failure to honour the deal.

"Yemen faces accelerating and extremely dangerous conditions that require us all to look and propose the necessary solutions to confront these unprecedented challenges," Prince Saud said.

Prince Saud said Yemen's violence "will no doubt extend to threaten stability and security on the regional and international arena that could prove difficult to put down regardless of the resources and efforts that may be exerted."

Saudi Arabia in 2011 played a key role to push forward a Gulf power transfer deal that saw long-serving President Ali Abdullah Saleh step down after months of protests in 2011 in favour of his deputy.

Yemen has since faced multiple challenges, including regular attacks by al Qaeda and its affiliate, Ansar al-Sharia, as well as protests by southern separatists demanding secession from the country.

The Houthis say their move into Sanaa was necessitated by them being left out of a government formed after the 2011 protests that they had participated in.

Saudi Arabia views the Houthis, who hail from the Zaydi branch of Shi'ite Islam, as allies of arch-rival Iran. Iran denies interfering in Yemeni affairs.