"Our blood will be shed before yours," Sheikh Mohamed Hassan told protesters arrayed in the square. 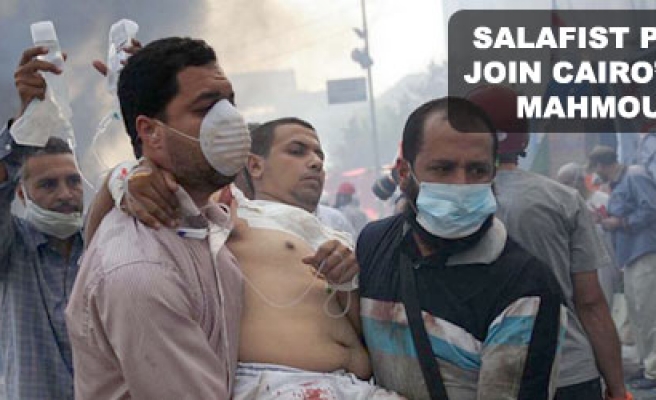 "Our blood will be shed before yours," Sheikh Mohamed Hassan told protesters arrayed in the square.

"We have done our utmost to avoid bloodshed," he said. "But today, I came to your peaceful protest to tell you that my blood will be shed before yours."

"Our sit-ins will not end; they will continue," he declared.

The two preachers had previously been criticized by Morsi supporters for failing to publicly reject the Islamist leader's July 3 ouster by the military.

Hundreds of protesters gathered in Mustafa Mahmoud Square shortly after police moved in to disperse the two main sit-ins in Cairo and Giza.

Protesters have erected a stage in the square and set up barricades around the site to prevent security forces from dispersing them.

According to medics and eyewitnesses, at least 163 people were killed and thousands injured when troops moved in to forcibly disperse the two main protest sites.

The Interior Ministry said that three policemen had been killed in the violence.