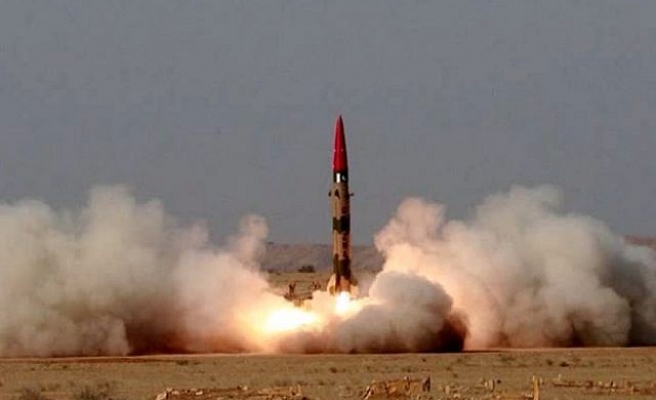 Saudi-led coalition forces on Monday accused Iran as being the supplier for Saturday’s ballistic missile attack over the Saudi capital.

Speaking at a news conference held in the capital Riyadh, Turki al-Maliki, spokesperson for the coalition forces, said: “The missiles Houthis targeted the Saudi Arabia was produced by Iran, they are not involved in the ammunition of Yemen army.”

Describing the Houthi attack targeting Riyadh first, and sacred places in Mecca later as a “barbaric attack”, al-Maliki also said: “Houthis couldn’t increase the tension without the support by the Iran regime.”

He added that the Houthis planted nearly 50,000 mines on the border of Saudi Arabia.

According to a statement by a SPA news, the official Saudi news agency, Saudi Arabia understands that Iran as the supplier to the Houthis is a “plain and direct military attack “ which can be regarded as an  “act for war.”

“Saudi Arabia reserves the right to response Iran regarding the right to fend its land, people, and interests as part of the international law," the statement read.

The coalition accused Iran of violating the decision of United Nations Security Council, adding, Iran’s finger in Saturday’s attack is an assault against regional and global peace.

In response, the coalition closed its borders, including all air, land, and marine, with Yemen temporarily exempt for humanitarian aid.

It cited the failure in necessary controls, and its paving the way for Iran’s missile and military supplies for Houthis as the reason.