The new deaths brought up to 40 the number of people died this month from the virus, making April the deadliest month since the appearance of the virus in 2012. 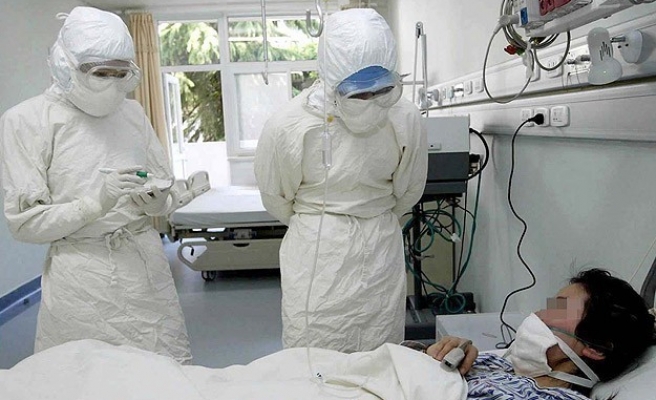 Saudi Arabia confirmed 26 more cases of Middle East Respiratory Syndrome (MERS), which has killed nearly a third of sufferers, and said 10 more people have died from the disease.

The confirmations follow Egypt's announcement on Saturday that it had confirmed its first case of MERS in a man who had recently returned to the country from Riyadh, where he was working.

Saudi Arabia, where MERS was discovered around two years ago and which remains the country most affected, has now had 339 confirmed cases of MERS, of which 102 have been fatal.

The 143 cases announced since the start of April represent a 73 percent jump in total infections in Saudi Arabia this month.

The new cases were announced in two statements published on the Health Ministry website on Saturday and Sunday.

The 10 confirmed on Saturday included seven in Jeddah, the focal point for the recent outbreak, two in the capital Riyadh and another in Mecca. Two MERS patients died.

The 16 further cases confirmed on Sunday included two in Riyadh, eight in Jeddah and another six in the northern city of Tabuk. Eight MERS sufferers died on Sunday.

The acting health minister, Adel Fakieh, said on Saturday he had designated three hospitals in Riyadh, Jeddah and Dammam on the Gulf coast as specialist centres for MERS treatment.

The three hospitals can accommodate 146 patients in intensive care, he said in comments carried by local press on Sunday.

Many Saudis have voiced concerns on social media about government handling of the outbreak, and last week King Abdullah sacked the health minister.

In Jeddah, some people are wearing facemasks and avoiding public gatherings, while pharmacies say sales of hand sanitisers and other hygiene products are soaring.