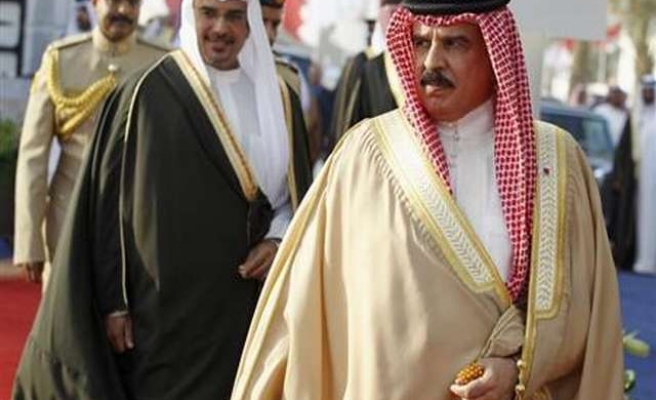 Saudi Arabia, the United Arab Emirates and Bahrain agreed on Sunday to return their ambassadors to Qatar, signalling an end to an eight-month rift over Doha's support for "Islamist" groups.

The announcement was made by the Gulf Cooperation Council (GCC) and came after an emergency meeting in the Saudi capital Riyadh to discuss the dispute, which was threatening an annual summit set to be held in Qatar's capital Doha in December.

In an unprecedented move, the three countries withdrew their ambassadors from fellow GCC member Qatar in March, accusing it of undermining their domestic security through its support of the movement, the Muslim Brotherhood.

The GCC statement said that Sunday's meeting had reached what it described as an understanding meant to turn over a new leaf in relations between the six members of the Gulf organisation, which also includes Kuwait and Oman.

"Based on that, the kingdom of Saudi Arabia, the United Arab Emirates and the kingdom of Bahrain decided to return their ambassadors to the state of Qatar," the statement said.

Saudi Arabia, the UAE and Qatar have used their oil and gas revenues to influence events in other Middle Eastern countries and any resolution of their differences could alter the political environment in Libya, Egypt, Syria, Iraq and Yemen.

The UAE and Saudi Arabia have both listed the Muslim Brotherhood as a terrorist organisation and see political Islam as a challenge to their own systems of dynastic rule. Kuwait has attempted to mediate between its fellow GCC members.

Qatar is seen to have been supportive of the Brotherhood in Egypt and the UAE, and more recently in Libya. It has given sanctuary to some Brotherhood members and extended citizenship to Sheikh Youssef al-Qaradawi, a cleric with ties to the group.

Riyadh and the United Arab Emirates also see the Doha-based Al Jazeera news channel as being a Muslim Brotherhood mouthpiece -- something Qatar denies.

Diplomats in Doha said that amongst other things, Qatar had promised the UAE that the Brotherhood would not be allowed to operate from the country. There was no immediate confirmation of this.

Qatar holds the revolving presidency of the GCC and the country's Emir on Tuesday publicly invited his fellow GCC rulers to Doha for the group's annual summit. But diplomats had said some of them wanted to move the meeting elsewhere.