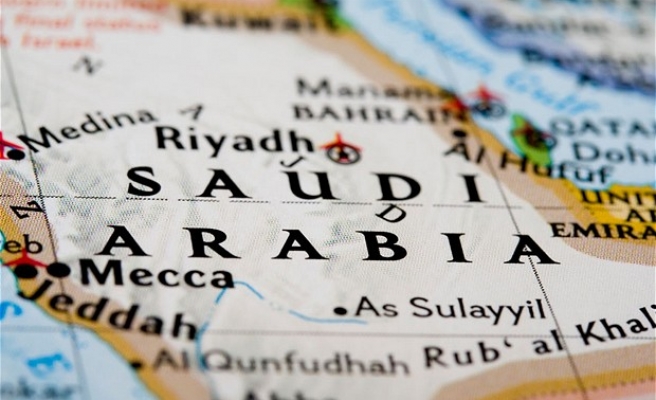 In remarks at the United Nations in New York, a senior Saudi diplomat suggested both Russia and Assad's other main ally Iran could not claim to fight ISIL "terrorism" at the same time as supporting the "terrorism" of the Syrian authorities.

Saudi ambassador Abdallah Al-Mouallimi expressed "profound concern regarding the military operations which Russian forces have carried out in Homs and Hama today, places where ISIL forces are not present. These attacks led to a number of innocent victims. We demand it stop immediately and not recur."

"As for those countries that have claimed recently to join in the fight against ISIL terrorism, they can't do that at the same time as they support the terrorism of the Syrian regime and its terrorist foreign allies like Hezbollah and the Quds Force and other terrorist sectarian groups," he added in comments broadcast by Saudi-owned al-Arabiya television.

Russia on Wednesday launched its first air strikes in Syria since the country's civil war began in 2011, giving an hour's notice to the United States, which has led a coalition of Western allies and regional states flying missions for a year.

Russia's move looks likely to chill a tentative detente begun this year between Russia and Saudi Arabia despite their backing for opposing sides in Syria's conflict and their differences over the issue of Iran's nuclear programme.

In June, the atmosphere appeared to improve when Deputy Crown Prince Mohammed bin Salman led a delegation of Saudi officials to Moscow and signed military and energy agreements.

The trip raised speculation about closer ties between the two countries. But that prospect now appears in question.

In an interview with al-Hayat newspaper published on Thursday, Saudi Foreign Minister Adel al-Jubeir said the two countries had many common interests on which to develop ties, but he noted continuing "lack of agreement" on Syria.

"I visited Russia, as did other Gulf officials. You know of the (positive) atmosphere that prevailed two months ago," Jubeir was quoted as saying. "But all of a sudden Russia stepped up its military role in Syria and announced its political position backing Assad."

Riyadh is still smarting over a Russian-Chinese veto in February 2012 of a UN Security Resolution drafted by the Saudis and backed by the West that Assad should step down.

"The solution (in Syria) does not depend on Russia," Jubeir told al-Hayat. "The principle is, firstly, that there is no role for Bashar al-Assad in Syria's future. The second principle is to maintain the civil and military institutions in Syria in order to avoid chaos."

A third point was to form a transitional council of all Syrians to help Syria move to a new stage, he said.