Facing stiff resistance from Saudi Arabia, Western governments have been stopped in their tracks for the launch of a UN inquiry into the Yemen war 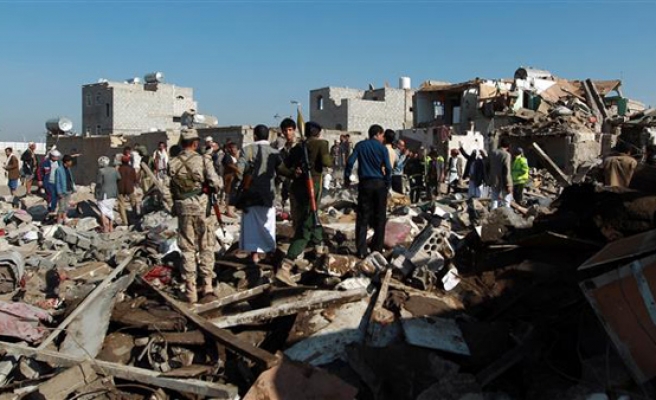 Western governments have been stopped in their tracks with plans for a a UN inquiry into the Yemen war dropped, reports the New York Times.

A number of Western countries had instructed the United Nations high commissioner for human rights to send experts to Yemen to investigate the conduct of the war, however a withdrawal was notified by the Netherlands.

That proposal was a follow-up to recommendations by the commissioner, Zeid Ra’ad al-Hussein, who detailed in a report this month the heavy civilian loss of life inflicted not only by the relentless airstrikes of the military coalition led by Saudi Arabia but also by the indiscriminate shelling carried out by Houthi rebels.

To the dismay of human rights groups, and facing resistance from Saudi Arabia and its coalition partners,  Western governments have accepted a resolution based on a Saudi text that lacks any reference to an independent, international inquiry.

Alternatively a new resolution supports a decree, issued by the exiled Yemeni President Abdu Rabbu Mansour Hadi - who is supportedby Saudi -  appointing a national commission of inquiry. The decree asks the United Nations human rights office only “to provide technical assistance and to work with the government of Yemen, as required, in the field of capacity building.”

“The result is a lost opportunity for the council and a huge victory for Saudi Arabia, protecting it from scrutiny over laws of war violations which will probably continue to be committed in Yemen,” said Philippe Dam, deputy director of Human Rights Watch in Geneva.

The civilian toll from airstrikes was “starkly underlined” by news reports that more than 130 people had been killed at wedding in Taiz, the spokesman, Rupert Colville, said. The United Nations was in the process of confirming what had happened, he said.

Meanwhile, Mr. Colville said, the coalition was “indubitably responsible” for the blockade of Yemen’s ports, which was “greatly exacerbating the extremely dire humanitarian situation affecting almost all of Yemen.”

“This was the time to put the parties to this conflict under scrutiny for human rights violations,” he said. “Human Rights Council members have failed to send a clear message to Saudi Arabia and to the Houthis that they have to change the conduct of hostilities.”