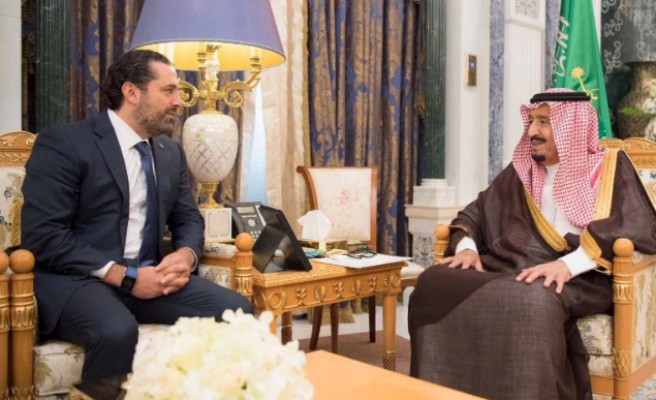 The Saudi-funded channel did not give details about the meeting.

In his speech, Hariri criticized Iran and its Lebanese ally Hezbollah, accusing Tehran of planting “sedition” and meddling in Arab affairs.

Hezbollah leader Hassan Nasrallah, for his part, said there was no reason for Hariri’s resignation, accusing Saudi Arabia of forcing the Lebanese premier to quit.