'The siege is killing us from every direction as prices for just about everything have risen in a crazy way,' government employee says 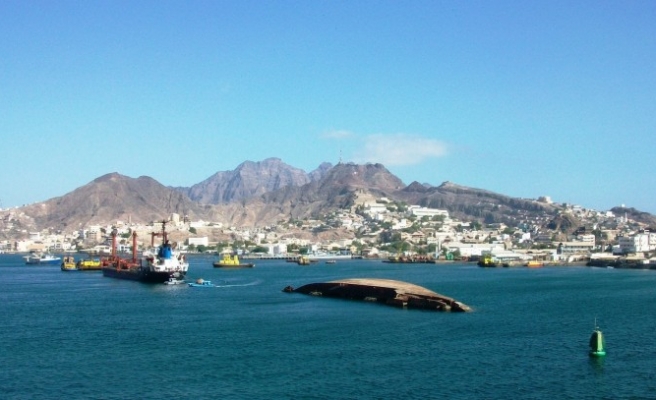 Shipping to Yemen is grinding to a halt as Saudi-led navy inspections hold up cargoes, shippers say, depriving it of desperately needed fuel and food as aid groups warn of famine.

Before Saudi Arabia and Arab allies intervened in March to try to restore Yemen's president to power and roll back the Iranian-allied Houthis, Yemen imported more than 90 percent of its food, mostly by sea.

Since then, many shipping companies have pulled out. Those still willing to bring cargoes face incalculable delays and searches by coalition warships hunting for arms for the Houthis.

Around 23 ships, carrying cargoes such as wheat, rice and fuel, waited to discharge at Hodaida and Salif ports along the Red Sea, ship tracking data on Thomson Reuters Eikon showed. The two ports are still controlled by Houthis.

"The siege is killing us from every direction as prices for just about everything have risen in a crazy way," Mohammed Ibrahim, a government employee told Reuters by phone from Hodaida.

An official at Hodaida port confirmed that vessel traffic had dropped significantly due to inspections.

"Also the destruction by the alliance of cranes used to lift goods has also led to a decrease in the ship numbers," he added.

A humanitarian aid and food report compiled this week by the U.S. Navy, seen by Reuters, also showed over 20 ships stuck. The paralyzed ports and damage to flour mills threatened to create more shortages, it said.

"This shortfall could leave up to 14 million people without staple wheat/bread products," said the report.

An international commodities trade source familiar with Yemen: "The inspections regime is holding up many ships and there is no clear explanation for all of this given many of the cargoes originate in Europe, the United States and Australia."

"Cargo operations anywhere in the country are not functioning on even the most basic level given fuel shortages, power cuts and also the disruptions caused by the inspections, which have become even more unpredictable," the source added.

The United Nations said last week that it will set up an inspection regime to increase the flow of commercial goods into Yemen. The new inspection regime, which the Saudi-led coalition has accepted, is awaiting funding.

Trade sources said even if the U.N. took over inspections, it would still take time for cargoes to flow.

"Even if a U.N. inspections regime comes into effect, there will be a massive backlog of ships, which need to come into the country now," the commodities trade source said.

About 20 million people or 80 percent of the population, are estimated to be going hungry. The United Nations warned last month that Yemen was on the brink of famine.

According to trade data on Thomson Reuters Eikon, wheat imports into Yemen are estimated to reach 50,000 tonnes in September versus 35,000 tonnes in August and 159,503 tonnes in June.

Fuel shortages have spread disease and suffering in arid Yemen, where access to water is mostly depends on fuel-powered pumps. Aid and commercial assessments show Yemen needs to import over 500,000 tonnes of fuel every month.

UK based consultant James Firebrace, who has worked on water and economic issues in Yemen for several years, said the water situation was already highly fragile and an outbreak of dengue fever in Taiz, the country's third largest city, was adding to the worsening toll.

"Fuel is needed to pump water and irrigate crops. Yemen’s fishermen have been unable to go out and fish from lack of fuel," Firebrace said. "All of this is pointing to a severe breakdown in the functioning of the country’s economy – both rural and urban."