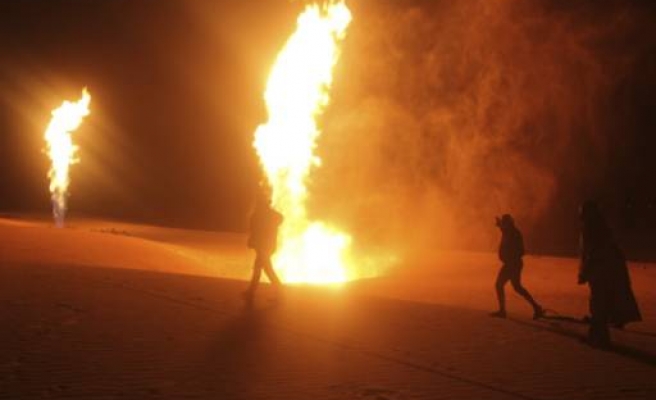 A small fire erupted on a gas pipeline in Saudi Arabia's Eastern Province on Tuesday after unidentified assailants shot at a security patrol, Saudi security and oil industry sources said.

The pipeline has been repaired and there was no impact on oil or gas production, the sources said, but the incident marks the first confirmed attack on physical energy infrastructure in the world's largest oil exporter since 2006.

The Saudi security source said the fire started after a "stray" bullet hit the pipeline after shots were fired at security forces patrolling the oil-rich Eastern Province.

A resident in the Eastern district of Qatif said the incident had taken place close to a checkpoint at the entrance to the flashpoint village of Awamiya, but that it had caused no damage to homes or other property.

"It wasn't very big or loud, but people in Awamiya and the neighbouring village of Safwa heard it," he said.

Awamiya in Qatif district has been the location of Saudi Arabia's most persistent unrest, with protests by members of the Sunni kingdom's Shi'ite minority in 2011 continuing until last year, coupled with occasional shooting and firebomb attacks on police.

There have been no confirmed attempts by Shi'ite activists to target Saudi Arabia's energy facilities and state oil firm Saudi Aramco is a major employer of Shi'ites in both Qatif and the sect's other main population centre in Eastern Province, al-Ahsa.

However, there was speculation in late 2012 that a cyber attack on Aramco, which forced the oil company to replace thousands of computers, had been planned by local Shi'ite activists. Officials later said the attack had been planned abroad.

Shi'ites in both Qatif and al-Ahsa sometimes complain that despite their location next to the biggest energy fields of the world's top oil exporter, their communities receive less government investment than Sunni ones do.

The last confirmed attack on Saudi oil facilities was against the Abqaiq plant and staged by al Qaeda in 2006.