Saudi Arabia has been part of U.S.-led coalition, which has been striking ISIL positions in Syria since late 2014 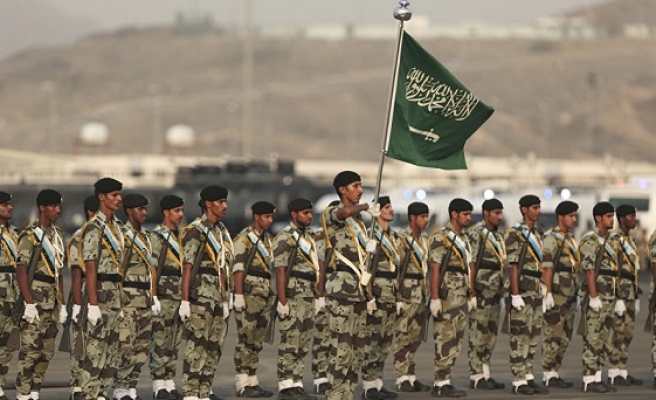 An announcement by Gulf allies Saudi Arabia and the United Arab Emirates to send ground troops to war-torn Syria to fight ISIL is a move aimed at providing support for the Syrian opposition, analysts say.

Riyadh said earlier this month that it was prepared to send ground troops to Syria to fight ISIL militants if the U.S.-led coalition agreed to do so. The UAE followed suit a few days later.

“[The Saudi-UAE move] comes in light of the collapse of talks between the Syrian regime and the opposition in Geneva,” Emirati political analyst Abdel-Khaliq Abdullah told Anadolu Agency.

“It also comes in light of changes on the ground in favor of the Assad forces and [allied] Iran.”

Syria has remained locked in a vicious civil war since early 2011 when the regime of President Bashar al-Assad cracked down on pro-democracy protests with unexpected ferocity.
Since then, more than 250,000 people have been killed and more than 10 million displaced, according to figures released by the UN.

Syrian forces have made major gains in recent weeks since Russia began airstrikes against opposition forces in September 2014. Saudi Arabia and the UAE have been part of a U.S.-led coalition, which has been striking ISIL positions in Syria since late 2014.

Abdullah insisted that Saudi Arabia and the Gulf countries “will not allow the defeat of the Syrian people.”

“This is a clear [message] that it will do everything possible to prevent any political or military defeat and to achieve the goal of removing Assad from power,” he said.

Abdullah also said that the Saudi-UAE announcement is a “message” to NATO countries that the Arabs are prepared to fight ISIL.

“NATO will stop accusing the Arab states of not being serious about fighting ISIL when it sees that the Arabs are prepared to [combat] it,” he said.

The Emirati analyst believes that the pronounced goal of the Saudi-UAE announcement is to defeat ISIL.

“But the fact is that the announcement targets two vicious enemies; Assad and ISIL,” he added.

“Until this moment, Assad, Russia and Iran are fighting the [opposition] Free Syrian Army, not ISIL,” Abdullah said. “Saudi Arabia and Gulf countries will continue to support the Syrian revolution even without the U.S. green light and will not allow Syria to be eaten by Iran and ISIL.”

Saudi analyst Gamal Khashoggi, for his part, opines that any ground offensive aims to redress the situation on the ground.

“The Saudi announcement aims to strike a balance on the ground in Syria after the situation went in the regime’s favor due to the aggressive Russian bombardment,” he told Anadolu Agency.

He said that the current atmosphere is not favorable for holding peace talks between the regime and opposition.

“Any talks will be doomed to fail if we returned to Geneva on the same terms,” he said.

Delegations from the Syrian government and opposition had gathered in Geneva earlier this month for the first UN-sponsored talks in two years for resolving the conflict. The talks, however, were later suspended until late February.