Saudi Arabia, Bahrain and the UAE fell out with Qatar over the role of Islamic groups, including the Muslim Brotherhood, in the region 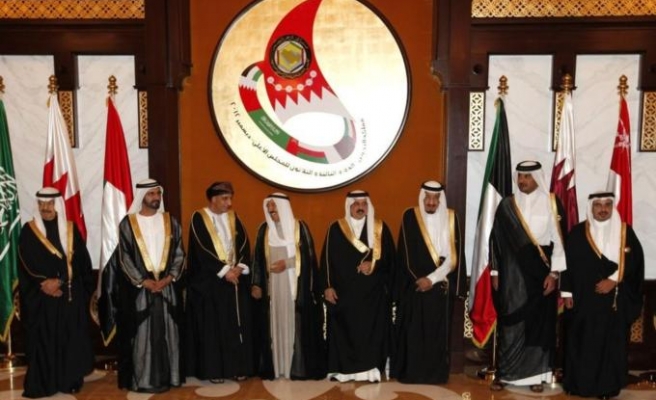 Saudi Arabia, Bahrain and the United Arab Emirates recalled their ambassadors to Qatar in March, accusing Doha of failing to abide by an agreement not to interfere in one another's internal affairs. So far, efforts to resolve the dispute have failed.

There is growing concern in the Gulf over an increasing threat from the ISIL. The ISIL has captured swathes of territory in Syria and Iraq in recent months, next door to some conservative Gulf states.

Saudi Arabia, Bahrain and the UAE fell out with Qatar over the role of Islamic groups, including the Muslim Brotherhood, in the region. Gulf officials have said the three want Qatar to end any financial or political support for the Brotherhood, which has been declared a terrorist organisation by Saudi Arabia.

Qatar has given a home to Youssef al-Qaradawi, a prominent cleric associated with the Brotherhood, and Doha-based Al Jazeera news channel is accused by other Gulf states of promoting the group, which it denies.

The foreign ministers of Saudi Arabia, Bahrain, Kuwait, the UAE, Qatar and Oman met last week to review efforts to heal the rift, but Gulf media have said no breakthrough occurred.

"Qatar ... became a house and headquarters of the Muslim Brotherhood, which has been (regarded) everywhere in the Arab world as a terrorist group," said Abdullah al-Askar, head of the foreign affairs committee in Saudi Arabia's appointed Shoura Council, which advises the Riyadh government on policy.

Kuwait's al-Watan newspaper quoted Gulf diplomatic sources as saying that move to resolve the dispute were "facing difficulties". They said Saudi Arabia in particular had compiled a long list of notes on what it called Qatar's failure to abide by an agreement that bars countries from meddling in each other's affairs.

GCC officials are due to hold another meeting on Saturday, which has been described as having "special importance". The meeting, announced this week, is expected to discuss "a number of issues related to the path of GCC joint action".

In April, the GCC agreed on ways to implement a security agreement they reached last year, which Riyadh, Manama and Abu Dhabi had accused Doha of flouting.

Askar, who stressed that he was speaking in a personal capacity, said that if the three states did not accept that Qatar had fulfilled its part of the security agreement, they would consider further action.

But he added that this would almost certainly not extend to expelling Doha from the GCC, both because no such sanction exists in the body's own charter, and because it would risk deeper, damaging splits between Gulf Arab states.