Saudi reassured of 'solid relationship' with US

'We have as solid a relationship, as clear an alliance, and as strong a friendship with the kingdom of Saudi Arabia as we've ever had,' US Secretary of State says 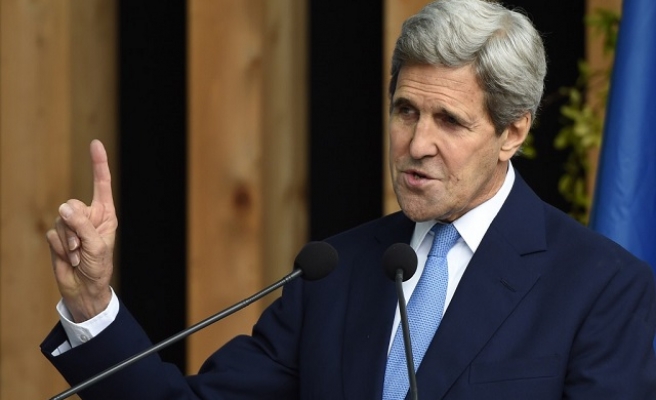 US Secretary of State John Kerry reassured Saudi Arabia on Sunday of the "solid relationship" between both countries, even after the lifting of sanctions on the kingdom's regional rival Iran.

"We have as solid a relationship, as clear an alliance, and as strong a friendship with the kingdom of Saudi Arabia as we've ever had," Kerry said before departing Riyadh for Laos at the end of a 24-hour visit.

"Nothing has changed because we worked to eliminate a nuclear weapon with a country in the region," he added. "We will continue to work in the region with our friends and our allies."

Kerry has long sought to calm concerns among Washington's Gulf allies about the overtures to Iran, the world's leading Shiite power whose relations with Sunni rival Saudi Arabia have worsened this month.

Saudi Arabia and some of its allies cut diplomatic ties with Iran after protesters there burned Riyadh's embassy in Tehran and a consulate in Mashhad city.

The violence broke out after the kingdom executed Saudi Shiite cleric Nimr al-Nimr, a driving force behind anti-government protests, as part of a group of 47 mostly Sunni Saudis sentenced to death for "terrorism".

The kingdom and its Gulf neighbours perceive a lack of support from their traditional ally Washington, particularly in the face of what they see as Iran's "interference" in Yemen, Syria, Lebanon and elsewhere.

The historic deal with Tehran -- backed by the United States and five other major powers -- led this month to the lifting of crippling economic sanctions on Iran in return for a scaling back of its nuclear capabilities.

Saudi Foreign Minister Adel al-Jubeir told reporters Saturday that he did not see a "coming together" of the United States and Iran.

Saudi Arabia and Iran support opposite sides in the Syria and Yemen wars.