'We have discussed the potential value of a special operations capability inside that element, which would be valuable,' Saudi foreign minister says 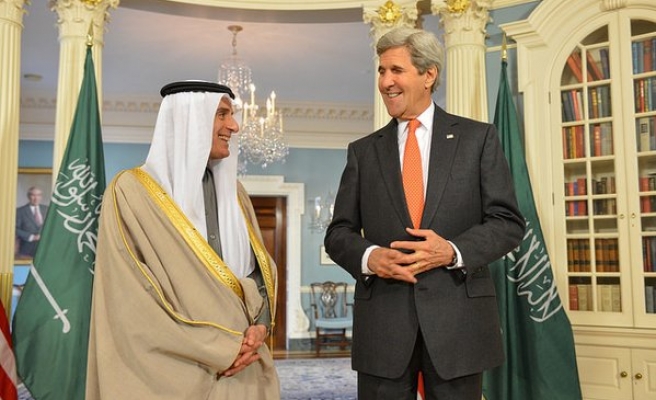 The United States welcomes a Saudi offer to deploy special forces to support a coalition ground operation against the ISIL group inside Syria, the kingdom's foreign minister said Monday.

Speaking after a meeting with U.S. Secretary of State John Kerry, Foreign Minister Adel al-Jubeir said any operation would be U.S.-led but that Saudi Arabia would play a leading role.

"The United States government was very supportive and very positive about the kingdom's readiness to provide special forces to the operation in Syria, should the international coalition make a decision to do so," he told reporters.

"So the kingdom will be part of it," he said. "That support came from the White House, it came from the State Department, it was natural for Secretary Kerry to support such a decision."

Jubeir said the idea for a possible ground operation had come from Washington, and that members of the 65-strong coalition against the ISIL would expect the United States to lead it.

State Department spokesman John Kirby confirmed that the United States welcomed the Saudi offer, and that discussions were ongoing, but would not comment on the nature or timing of any operation.

"We are talking about a ground element," he said. "We have discussed the potential value of a special operations capability inside that element, which would be valuable. "

The United States has publicly confirmed that it has sent a small number of special operations forces to eastern Syria to help local militias fight the ISIL group.

But debate continues in Washington about the advisability and final size of a possible larger ground operation against the hardline group.