Saudi visit to Moscow symbolic only

King’s Salman's visit, if anything, has become an acknowledgement of Russia's return to the Middle East 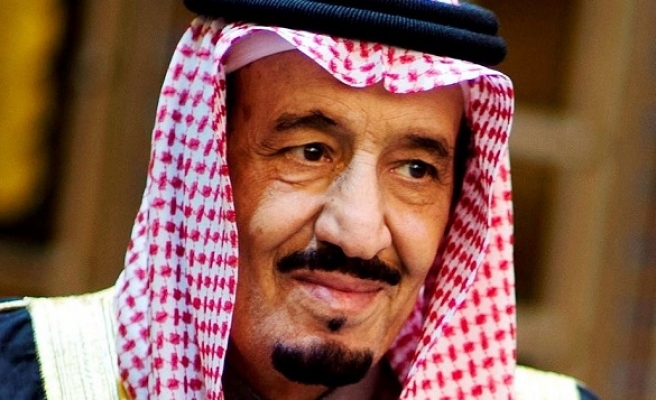 The recent visit of Saudi King Salman to Moscow became an extraordinary event both in its symbolism and the effect that it had on both sides.

A Saudi monarch had never visited Russia before, not in the years when the Soviet Union had diplomatic ties with the Kingdom of Hejaz and Nejd, not even after relations were restored in 1992. The uniqueness of the visit was reflected in the efforts that the Saudi delegation made to reach out to various groups of policymakers and opinion shapers in Moscow.

Although, from a historical viewpoint, King Salman’s appearance in the Russian capital was indeed an exceptional development, the results of this visit seem to be much more modest than what was initially expected.

Increasingly it looks like the highest-level meetings in the Kremlin failed to create an appearance of a political and economic breakthrough between the two capitals.

The reason for that is the fact that bilateral relations have been steadily developing for the last two years since Salman bin Abdulaziz ascended to the Saudi throne. Regardless of the fact that Russia and Saudi Arabia enjoy a relatively low-trade volume of trade ($1.09 billion) since 2015 they have signed a number of agreements emblematic of an active dialogue and a growing understanding.

All this arguably became possible due to Prince Mohammed bin Salman’s efforts to create constructive relations with the Kremlin. Against the backdrop of two years of active dealings and ongoing dialogue, the king’s visit came too late to produce a strong impulse that could help kick-start relations and was thus not a critical step towards the normalization of ties.

If the King’s visit was only a symbolic development, what is its real meaning and why did it come at this specific time? The answer to this question has less to do with the dynamics of the Moscow-Riyadh relations, but more to do with Saudi domestic politics as well as the power balance in the Middle East.

There is little doubt that the Kingdom is undergoing dramatic changes with King Salman having appointed his son Mohammed bin Salman to be the next in line to the throne. Formal proceedings may have been followed but the new crown prince’s position vis-à-vis the Saudi political elites remains shaky as he lacks the necessary profile for the job in a system where each new king had had years of experience in top-level positions and exposure to the Kingdom’s political life.

The ailing King Salman is in a hurry to create a name for his son so that Mohammed bin Salman could take over the Kingdom from him within a few years. In other words, the Saudi King is simply a transitional figure whose job is to ensure a smooth hand-over of power to his son and to make sure that the throne stays in his family.

Mohammed bin Salman’s political escapades, including leading the war in Yemen and being the perceived mastermind of the Qatar blockade, have not been helpful in creating a positive image of himself as the future King. Against the backdrop of these developments, the crown prince’s position as the future monarch looks shakier than ever. This is the reason why King Salman may have decided to seek international support for the new power arrangement in the Kingdom. Russia becomes an unlikely ally whose backing may in fact be extremely helpful given that Mohammed bin Salman has been Moscow’s key interlocutor in Riyadh, which is why bringing the crown prince to the throne may be in the Kremlin’s best interest at the moment.

The rapidly changing power balance in the Middle East at a time when the United States is reassessing its role in the region is also motivating Riyadh to seek new partnerships that could help it sustain the status quo. Washington’s gradual withdrawal from the region has allowed Iran and Russia to grow stronger there, the effects of which have been visible from Syria to Iraq and Libya. The expansion of both Moscow and Tehran is not entirely how Saudi Arabia sees the region developing, as one of them is a staunch enemy of Riyadh and the other one is utilizing its position in the Middle East to project its geopolitical influence.

Despite this unfavorable status quo King Salman recognizes that Russia can potentially play a balancing role vis-à-vis Iran, which is why he is looking to invest in developing a relationship with Moscow.

Russia of course stands to benefit from the new direction in the Saudi foreign policy. Moscow gains more than just trade deals and investments by having Saudi Arabia as a dialogue partner. At a time when Russia is struggling to put an end to the Syrian crisis, Riyadh is the partner that it needs on its side to make the final push for the political settlement. Saudi Arabia as well as other powers, formerly opposed to Bashar al-Assad, seem to have reconciled with the idea that he is to stay in power. But they have also accepted that it is Russia’s job to deal with the crisis now, something that works against the interests of Vladimir Putin, because without international legitimization of Assad’s rule Moscow will need to deal with the post-conflict Syria on its own. This is where the Saudi support could be instrumental.

Russia’s perception in the predominantly Sunni Middle East is far from positive given its close relations with Iran and it controversial role in Syria. It increasingly looks that Moscow’s influence in the region is based solely on the hard power that backs its assertive foreign policy.

In the post-Syrian-conflict Middle East, its political influence is likely to drop significantly without other contexts to project power. A rapprochement, albeit symbolic, with Riyadh is something that can help Russia reach out to the Sunni world and serves as a recognition of its role in the region. If anything, it has become an acknowledgement of Russia’s return to the Middle East and the recognition of its status there.

The visit of the Saudi king to Moscow was symbolic and non-consequential. A real thaw between the two countries is far from having been achieved. Both governments saw merit in King Salman’s visit because of their pragmatic interests, not because they would like to see an ally in each other. Cooperation between Russia and Saudi Arabia will continue to be situational as long as their mutually beneficial specific interests overlap, but divisive political issues will continue to be toxic.