Saudi women given right to vote

Saudi Arabia will allow women to stand for election and vote, the king announced on Sunday, in a significant policy shift in the kingdowm. 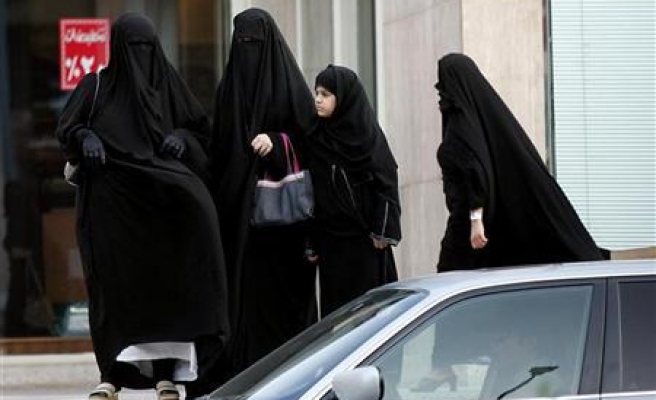 Saudi Arabia will allow women to stand for election and vote, the king announced on Sunday, in a significant policy shift in the kingdowm.

In a five-minute speech, King Abdullah bin Abdulaziz al-Saud said women will also take part in the next session of the unelected, advisory Shura Council, which vets legislation but has no binding powers.

"Because we refuse to marginalise women in society in all roles that comply with sharia, we have decided, after deliberation with our senior ulama (clerics) and others... to involve women in the Shura Council as members, starting from the next term," he said in a speech delivered to the advisory body.

"Women will be able to run as candidates in the municipal election and will even have a right to vote."

"This is great news," said Wajeha al-Huwaider, a Saudi writer and women's rights activist. "Women's voices will finally be heard.

"Now it is time to remove other barriers like not allowing women to drive cars and not being able to function, to live a normal life without male guardians."

The king did not address the issue of women being allowed to drive. Although there is no written law against women driving, they are not issued licences, effectively banning the practice.

Women in Saudi Arabia must also have written approval from a male guardian -- a father, husband, brother or son -- to leave the country, work or even undergo certain medical operations.

After entering the Shura Council chamber leaning heavily on a cane, King Abdullah, who is thought to be 87 or 88, read only a section of a longer prepared statement that was later released in full by the authorities.

The part he did not read included reference to Saudi foreign policy including the kingdom's continued support for a Gulf-brokered plan for a power transition in Yemen.

Activists in the country have long called for greater rights for women.

A campaign this summer by women who broke Saudi law by driving on the kingdom's city streets prompted some arrests.

Saudi Arabia will hold only its second nationwide elections in recent memory on Thursday for seats on municipal councils, but critics of the ruling al-Saud family say the poll, in which voting is limited to men, is a charade.

The Shura Council, which vets legislation but cannot veto it or enforce changes, is fully appointed by the king.

"I believe this is a step to involve women in the public sphere. It is the top of the pyramid and a step in the direction for more decisions regarding women."