Around 100 people have also been wounded since the fighting erupted on Monday evening, security and medical sources said. 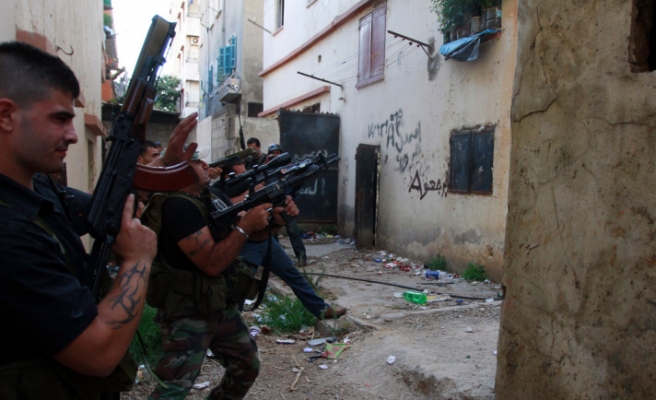 Seven people have been killed in Lebanon's northern city of Tripoli as clashes between Sunni Muslims and Alawites, fuelled by tensions over the war in Syria, continued for a second night, security and medical sources said on Tuesday.

Around 100 people have also been wounded since the fighting erupted on Monday evening, they said.

Gunmen in the Sunni district of Bab al-Tabbaneh and their Alawite rivals in Jebel Mohsen have exchanged gun and grenade fire, despite action by Lebanese troops deployed in the port city, residents said.

Two of the dead men were identified as residents of Jebel Mohsen, a hill inhabited mainly by Alawites which overlooks the predominantly Sunni area below, where five people were killed, medical sources said.

The area is one of Lebanon's most volatile sectarian fault lines and chronic Sunni-Alawite tensions in Tripoli have been heightened by the 17-month-old, mainly Sunni, uprising in Syria against President Bashar al-Assad, an Alawite. Clashes in the city killed 15 people in early June.

An army statement said soldiers had raided buildings used by gunmen and "retaliated swiftly against sources of gunfire". It said five soldiers were wounded on Monday evening and five, including an officer, were injured on Tuesday by a hand grenade lobbed at an army base.

In addition, dozens of civilians and fighters were wounded in Bab al-Tabbaneh and in Jebel Mohsen, residents and medics said.