Within the 33 Cabinet members sworn in were two top officials who held the same posts under Hosni Mubarak's regime. 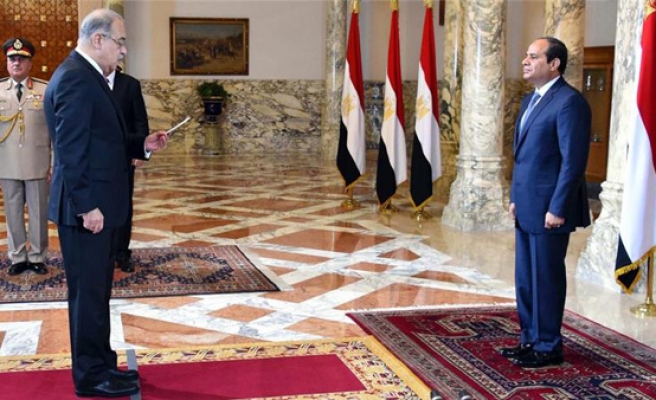 A new Egyptian government, headed by former Petroleum Minister Sherif Ismail, was sworn in on Saturday.

The cabinet of 33 members included 16 new ministers, while some ministries were merged.

The new cabinet saw some changes, including the ministries of culture, trade, industry, higher education and communications.

However, there were no changes in other key posts, including the foreign, interior, justice and defense ministries.

Mahlab’s government, which lasted for 15 months, resigned on Sept. 12, days following the arrest of Agriculture Minister Salah Helal over a corruption probe.