Serbia and Greece propose a solution for Syria

Serbian Prime Minister Ivica Dacic and Grece minister Nikos Denidas, speaking after their meeting in Belgrade, expressed their concern over the use of chemical weapons in Syria 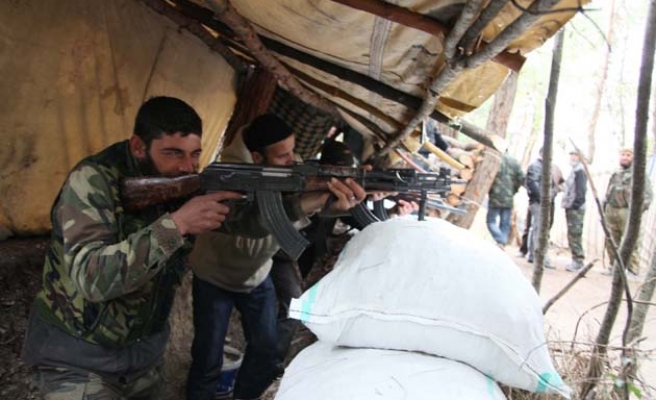 Serbian PM Ivica Dacic and Greek Minister for Public Order and Protection of Citizens Nikos Denidas expressed their support for a peaceful solution to the crisis in Syria, AA reports.

Dacic and Denidas held a meeting in Belgrade on Wednesday, after which they spoke against the use of chemical weapons in Syria, especially against unarmed citizens.

Speaking about military action against Syria, Dacic said that the question of intervention is a very specific issue, reminding that Serbia was targeted in 1999.

NATO intervened against Serbia during the war in Kosovo.

"I believe that the best solution is to find a way out of the military intervention. Since it is easy to enter that area but hard to pull out after the intervention,“ Dacic said.

Dendias supported this attitude, saying that the Syrian issue is not under his portfolio, but that every EU country is obliged to dismiss the use of the chemical weapons anywhere in the world.

"It is unacceptable that something like that happens in the 21st century and nobody has a right to close its eye in front of that. We support a peaceful solution that will bring things to an end,“ Denidias said.