Settlers converge on W. Bank town amid fears of clashes 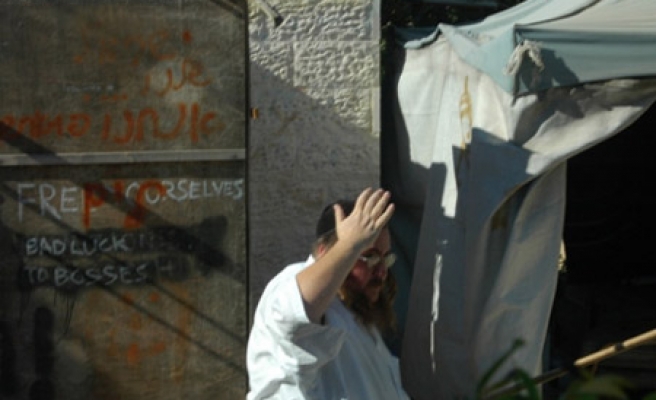 Hundreds of Jewish settlers -- accompanied by Israeli army troops -- converged on the Palestinian village of Kasra on Friday morning in the Israeli-occupied West Bank, according to Palestinian eyewitnesses.
“Dozens of buses brought settlers in from various parts of the West Bank to the town’s outskirts,” one local witness, speaking anonymously due to security concerns, told Anadolu Agency by phone.

The settlers, the same source said, were accompanied by a heavy Israeli military presence.

On Thursday, local political factions urged Palestinians to perform Friday prayers in Kasra, which remains under threat of confiscation by the Israeli authorities to make way for Jewish-only settlement blocs.

According to town residents, Palestinians are expected to march to Kasra -- setting out from mosques in and around the West Bank city of Nablus -- in a show of defiance against the settlers.

An Anadolu Agency cameraman covering the event said dozens of Kasra’s Palestinian residents were organizing a separate march with a view to preventing settlers from entering the town.

Late last month, Kasra witnessed violent confrontations between Palestinian youth and Israeli troops after a Palestinian farmer was killed by a Jewish settler.