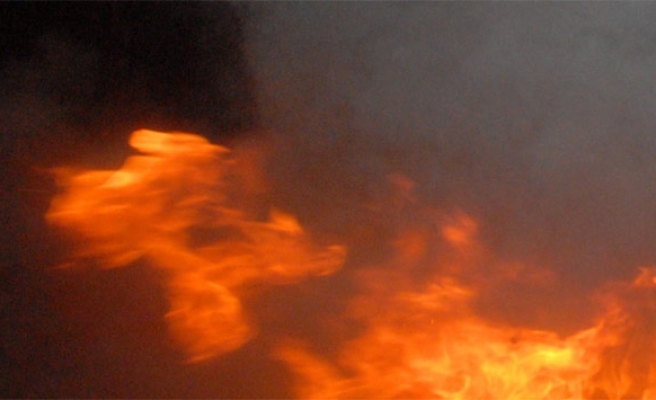 Jewish extremists set fire to a classroom in an Arab-Jewish school in Jerusalem, police said on Sunday, targeting a symbol of co-existence in a city on edge over a recent surge in violence.

The premises were empty late on Saturday when assailants torched a classroom used by first-graders at the Hand in Hand school, where Palestinian and Israeli children study together in Hebrew and Arabic.

"Death to Arabs" had been scrawled on a schoolyard wall.

More than 600 pupils attend Hand in Hand. From pre-school to high school, its student population is divided equally between Jews and Arabs. There are four other such schools in the Hand to Hand network in Israel.

The smell of smoke still lingered in the air when children came to school on Sunday, the first day of the working week in Israel. A police forensic team worked in the burnt classroom where charred books were scattered on the floor.

Tearful mothers dropped off their children and about 150 people held a protest outside against the violence.

"We're supporting each other, this just makes us stronger," said Mimi Fkia, an Arab kindergarten teacher, as Vida, her Israeli counterpart, embraced her.

Violence in Jerusalem and other areas of Israel and the Palestinian Territories has surged in the past few months.

In July, a Palestinian youth was burned to death by Jewish attackers, allegedly in revenge for the killing of three Israeli teens in the occupied West Bank in June.

A 50-day Israeli onslaught that began in July in the Gaza Strip resulted in the deaths of more than 2,100 Palestinians, many of them civilians, as well as 67 Israeli soldiers and six civilians on the Israeli side.

Tensions have also risen in past weeks over access to a Jerusalem holy site where al-Aqsa mosque stands.

Prime Minister Benjamin Netanyahu condemned the arson at the school. "We are making great efforts to restore peace and quiet to Jerusalem," he said at a cabinet meeting.

At the school, Brian Callan, a father of one of the children whose class was burnt, accused the government of "encouraging, inciting and legitimising this behaviour through populist, racist legislation".

Netanyahu has been criticised for promoting a new bill that would decree Israel as the homeland of the Jewish people only, a step critics say will further alienate the country's Arab minority.