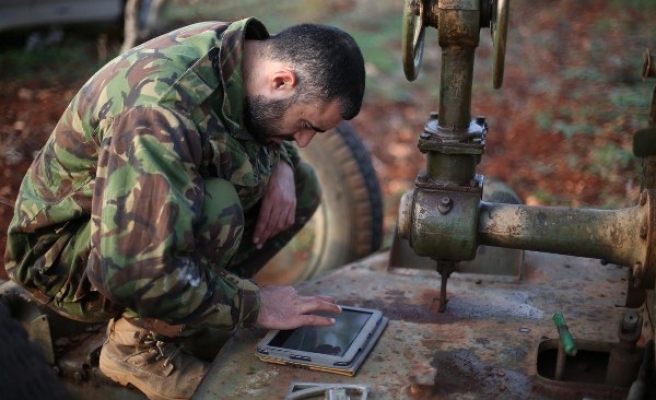 Fighters struck the Syrian capital with at least 38 rockets on Sunday, killing seven people, a monitoring group said, in one of heaviest attacks on Damascus in over a year.

State media confirmed the attack and said at least four people were killed. It said the army was retaliating.

The Saudi-backed Islamic Front, based in the eastern Ghouta region near Damascus, had warned earlier that it would hit back against an air strike last week in Ghouta in which more than 40 people were killed.

Rami Abdulrahman, head of the Syrian Observatory for Human Rights which monitors the violence in the country, said this was the heaviest attack on the capital for more than a year.

The Syrian army was shelling the rebel-held town of Douma, Abdulrahman said. Douma lies on one of the main roads linking the capital with Homs city further north.

The commander of the Syrian opposition’s Islamic Front has threatened to strike the Syrian regime positions in Damascus with Katyusha rockets, if the regime planes continue bombing.

“We have given time to the regime until Sunday to stop the attacks,” Sheikh Zahran Alloush, leader of Jaysh al-Islam and military commander of Islamic Front, tweeted on Saturday.

“If the attacks continue, we will strike the Assad regime positions in the capital with tens of missiles,” he said, adding: “The warplanes are killing our people in East Ghouta district every day.”

Alloush called on Syrian citizens in capital not to leave unless necessary.

“References now to the Katyusha mean not just one type of rocket, but a whole range of different artillery rockets, whether from old Soviet or other-nation stock, most frequently the 122mm rocket,” it says.

More than 200,000 people have been killed in Syria since the conflict between the Assad regime and opposition forces began in early 2011, according to U.N. figures published in August 2014.

Syria's air force has launched daily air strikes in the civil war. Throughout Damascus has been relatively calm, shielded from the war since government forces pushed the rebels back in 2013.