More than 20,000 British tourists have been left stranded at the Egyptian resort town after cancellation of numerous flights. 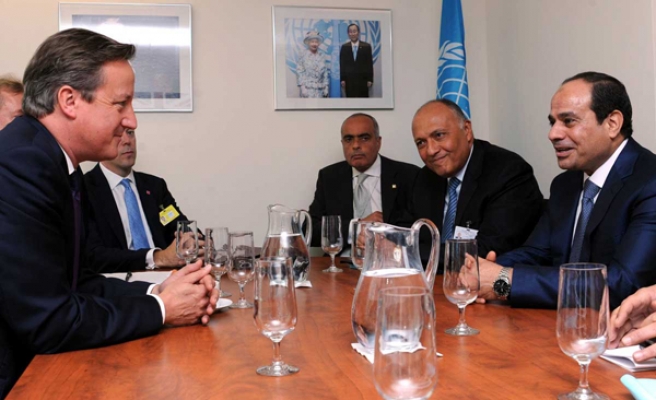 Egyptian President Abdulfattah Al Sisi will meet with British Prime Minister Cameron, as well as make a series of discussions with parliamentarians, and various ministers.  His talks will be based on terrorism, economy, as well as a broad range of issues such as bilateral relations and regional issues.

According to a report in Al Jazeera,  British Prime Minster David Cameron was the first Western leader to visit Tahrir Square in the aftermath of the 2011 revolution that ended the rule of Egypt's long-term military leader Hosni Mubarak and said at the time that he had gone there to "support the aspirations of people in Egypt for a more genuine, open democracy".

The UK has retained close ties to the Egyptian government since the restoration of military rule, with Michael Fallon, the British defence minister, declaring in August while in Egypt to attend the opening of the expanded Suez Canal that the countries stood "should to shoulder" in a fight against "evil extremism".

During the first day of meetings, the UK made a surprise annoucement claiming that the Russian passenger plane downed in Sharm al Sheikh was a result of a bomb explosion. The announcement was met with surprise by the Egyptian government. Both the Egyptian Presidency  and Depatment for Foreign Affairs in two separate statement, expressed bewilderment in the face of this announcement.

During the Downing Street discussions, both Sisi and Cameron disagreed over cancellation of Sharm el-Sheikh flights. The differences emerged hen Abdel Fattah al-Sisi was asked whether he had “reason to be angry” over Cameron’s decision to cancel all UK-bound flights out of Sharm el-Sheikh amid concerns that Saturday’s deadly plane crash may have been caused by an external attack on a Russian passenger aircraft flying out of the airport. Egypt had significantly stepped up security at its airports more than 10 months ago, and further beefed up security immediately after the crash.

Despite assurances from Sisi, Cameron reiterated his decision to cancel the flights, a move that has left some 20,000 Britons stranded at the airport near resorts popular with tourists.