"The message was sent to the violence-mongers that the great Egyptian people will be protected by their army and police," said an army spokesman. 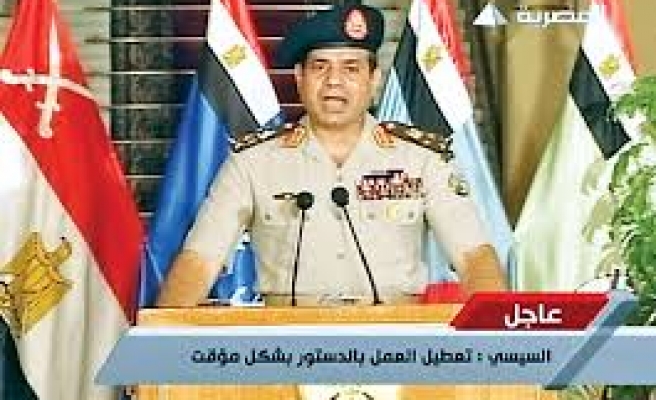 The Egyptian army has insisted that army chief and Defense Minister Abdel-Fatah al-Sisi's call for mass protests on Friday to authorize him "to confront terrorism and violence" was not directed at a particular political group.

"There was no threat to certain political parties. This is a national initiative to confront violence and terrorism, which threatens the Egyptian people's revolution and security," the army spokesman said on his official Facebook page on Thursday.

"The message was sent to the violence-mongers that the great Egyptian people will be protected by their army and police," he said.

On Wednesday, al-Sisi urged Egyptians to take to the streets for mass Friday protests to "authorize" him to "confront violence."

"I'm asking the Egyptian people to go out like they did on June 30 and July 3," he said in a televised address.

The call has triggered fears that al-Sisi was seeking a popular mandate to use violence to disperse supporters of ousted president Mohamed Morsi, who have been camped out in Cairo and Giza for more than three weeks.

Disgruntled Morsi supporters have since been staging daily demonstrations and sit-ins nationwide to defend his democratic legitimacy and demand his reinstatement.

They are planning mass Friday protests as part of an ongoing campaign against what they view as a "military coup against constitutional legitimacy."