"We want safe corridors that go into the heartland of Syria," Seyda stated. 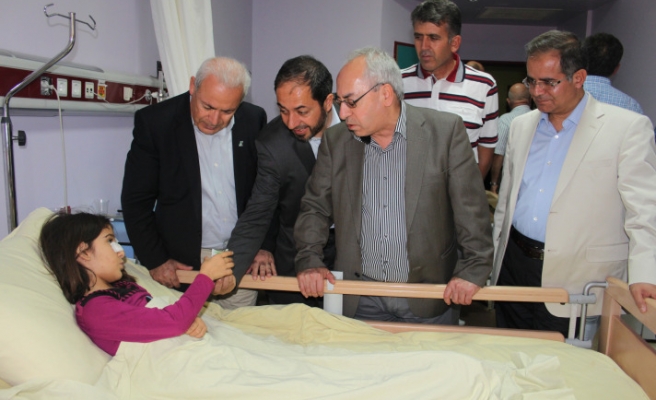 The Chairman of the Syrian National Council (SNC), Abdulbasit Seyda on Tuesday said that they wanted an urgent solution of the Syrian problem out of the United Nations (UN).

Speaking to the Anadolu Agency (AA) in southern province of Kilis where he and an accompanying delegation have arrived to meet Syrians staying in the province, Seyda said that they wanted a speedy declaration to announce certain no-fly zones in Syria.

"We want safe corridors that go into the heartland of Syria. We want logistics support from Turkey to take place urgently and this support to go through safe corridors," Seyda stated.

Touching on Lakhdar Brahimi, a former Algerian foreign minister and longtime UN diplomat, who replaced Kofi Annan as the joint UN and Arab League special envoy on Syria, Seyda said that "Brahimi was an experienced diplomat but that the issue of Syria was not one that he could solve on his own."

In regard to various reactions in Turkey on Syria, Seyda stressed that the incidents taking place in Syria did not merely affect the Turkish government but could have an impact on whole Turkey.