Some freed Bahrain detainees to be tried: Former MP

Jawad Fairouz who expects proceedings against him to be dropped, said some other detainees had been told they could not leave the country pending prosecutions in a civilian court. 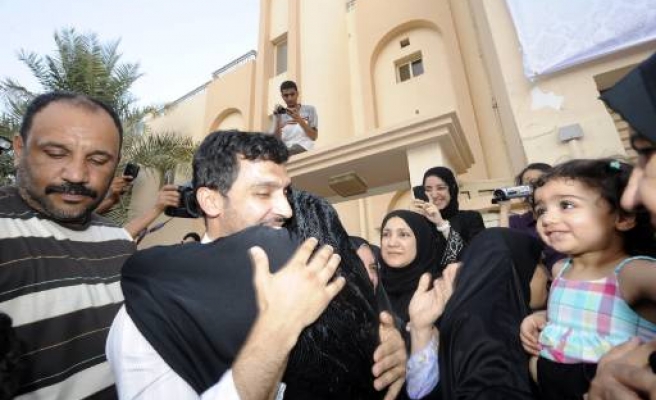 Bahrain has released more than 100 detainees who had been facing military trials over their roles in anti-government protests earlier this year, but some of them will still be prosecuted in civilian courts, one of those set free said on Wednesday.

Among the detainees, who walked free on Sunday, were Jawad Fairouz and Matar Ibrahim Matar, former members of parliament in the largest Shi'ite political bloc, al Wefaq.

Fairouz, who expects proceedings against him to be dropped, said some other detainees had been told they could not leave the country pending prosecutions in a civilian court.

"I heard they took some photos of them to show that they are in good health, so that later on when they re-appear in court there shouldn't be any kind of claim they're going to be tortured," said Fairouz, who had been charged with spreading false news and taking part in illegal gatherings.

"When they released us they didn't take any signature or any commitment from us that we were going to be referred to the civil court," he said.

Among those likely to face trial in a civilian court is lawyer Mohammed al-Tajer, who was detained in April after defending people arrested during the protests, Fairouz added.

More than 1,000 people were detained after Bahrain crushed demonstrations in March for greater political freedom and an end to sectarian discrimination that Shi'ites say they face in access to land, housing and state employment.

It has responded to international criticism of the crackdown by funding an international legal commission to investigate the events, but activists and rights groups say the panel is cut off from people who fear reprisal for testifying.

Bahraini opposition activists have also faulted the panel's head, Cherif Bassiouni, for praising the authorities for cooperating with the investigation, and suggesting that abuses were individual acts, not official policy.

In a statement, Bassiouni said the cases of detainees had been transferred to civilian courts at the commission's behest.

Bahrain's public prosecutor has said some of those released had been held for a period equivalent to possible sentences, implying that their cases might be dropped.