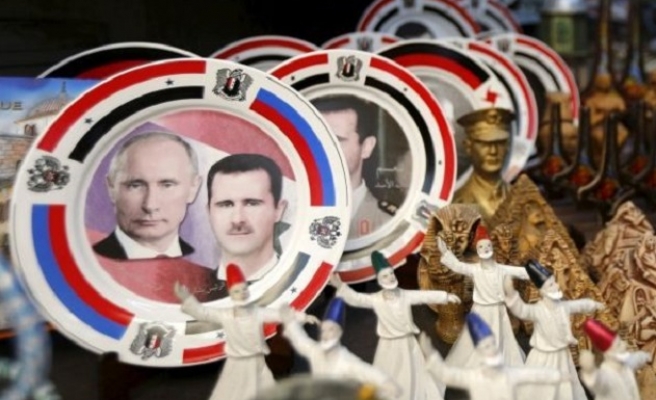 The souvenirs with Putin's face printed on them were spotted in one of the souvenir shops in the Old City of Syrian capital Damascus.