Roughly 5,000 students from the Gaza Strip have been unable to cross into Egypt to resume their studies due to Egypt's closure of the Rafah crossing 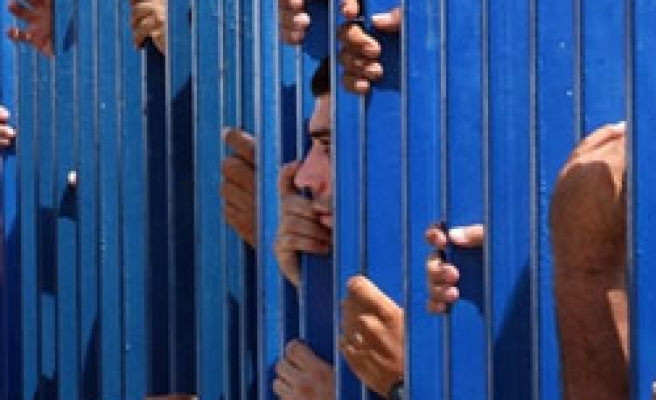 Dozens of Palestinian students in the Gaza Strip who study in next-door Egypt staged demonstrations on Thursday to protest the ongoing closure of the Rafah border crossing linking Gaza to Egypt's Sinai Peninsula.

Roughly 5,000 students from the Gaza Strip have been unable to cross into Egypt to resume their studies due to Egypt's closure of the Rafah crossing, according to Bassam Gadallah, a spokesman for the student protesters, who held their demonstration outside the Ministry of Civil Affairs.

"[Palestinian Authority] President Mahmoud Abbas must find a quick alternative for students who are stuck in the Gaza Strip," Gadallah said.

Students held posters aloft bearing slogans such as "Opening the Rafah crossing is a right, not a request," and, "Why is the international community silent about stranded students?"

"We are issuing a humanitarian appeal to Egypt and its president, Abdel-Fattah al-Sisi, to open the Rafah border and allow all stranded [Gazans] to cross," Gadallah said.

"We demand our right to pursue our education, so our future won't be ruined," Gadallah added. "We have nothing to do with political disputes."

One day earlier, Egyptian authorities reopened the Rafah crossing for two days, but only to allow thousands of Palestinians – who for weeks had been stranded on the Egyptian side – to return home.

On October 24, Egypt closed the Rafah border crossing – Gaza's only outlet to the outside world not under Israeli control – following an attack on a military site in the Sinai Peninsula that left 31 Egyptian troops dead.

The repeated border closures have aggravated already-dire living conditions for Gaza's roughly 1.9 million residents, who have groaned under an airtight Israeli blockade since 2007.