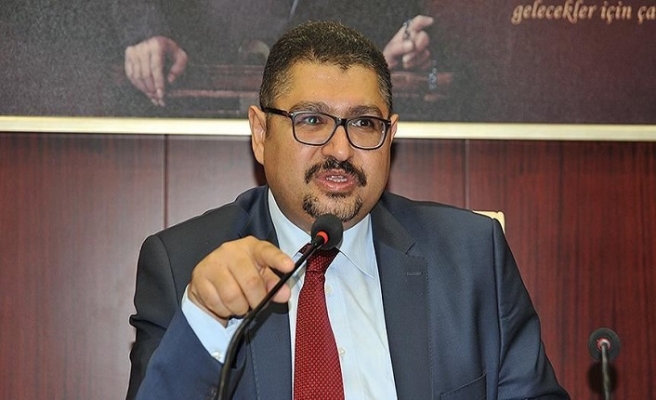 "We thank Turkey for its support. Turkey has made statements respecting the choice of the Sudanese people in this process," said Yousif Ahmed El Tayeb El Kordofani.

Speaking at a conference organized by the Institute of Strategic Thinking, a think tank based in the Turkish capital Ankara, Kordofani said Sudan is committed to all agreements and protocols with Turkey.

He said the good relations between Sudan and Turkey will continue.

Kordofani said the people of Sudan have succeeded in changing the country’s rulers without bloodshed.

Last week, President Omar al-Bashir was ousted by the Sudanese army following months of popular protests against his 30-year rule.

The ruling Military Transitional Council (MTC) now plans to run the nation’s affairs for a two-year transitional period, during which presidential elections will be held.

"Abdel-Fattah Burhan, president of Sudan’s ruling MTC, lifted the curfew as soon as he took office and promised commitment to human rights and a timetable for a civilian government," said Kordofani.

He added that Burhan will keep the doors of dialogue open with all segments of society and listen to the advice of non-governmental organizations.

Kordofani said all government posts, including the presidency, will be transferred to civilians in two years once the "satisfactory multi-party election atmosphere" is prepared.

‘Turkey will stand by the Sudanese people’

After expressing hope for a quick return to stability in Sudan, Ak recalled Turkish President Recep Tayyip Erdogan's statements in support of a peaceful transition period based on national reconciliation.

"The maturity of all sides in ruling out violence to resolve their differences prevented chaos," said Ak.

He added that Turkey's extensive cooperation with Sudan will continue.

"Turkey will continue to stand by the Sudanese people."