Six poeple were killed in a twin bomb attack near an Iranian cultural center in Beirut. 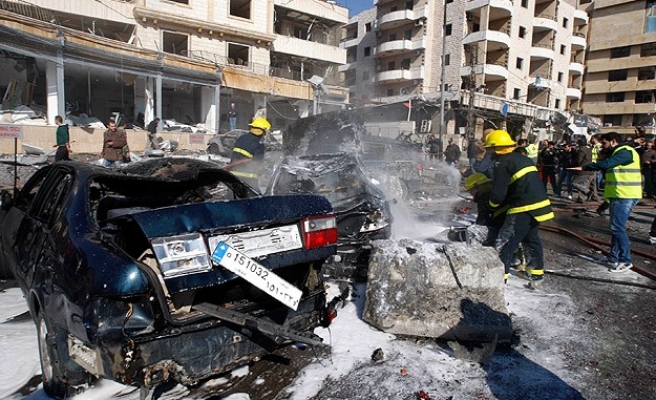 The army said the rush hour attack in the southern suburbs of Beirut was carried out by two suicide bombers driving cars packed with explosives.

Similar tactics were used in a twin suicide attack on the nearby Iranian embassy in November.

The Abdullah Azzam Brigades claimed responsibility for the latest attack.

In a post on Twitter, the Brigades said the Iranian culture centre was the target. It described the "twin martyrdom operation" as retaliation for Hezbollah's role in Syria and pledged more attacks.

The judge investigating the attack said a total of 160 kg of explosives had been used in the bombing. The death toll included the suicide bombers. The Iranian ambassador in Lebanon said the dead included a Lebanese policeman who had been guarding the cultural centre, but none of its staff were wounded.

The area is controlled by the Hezbollah, which is fighting alongside President Bashar al-Assad's forces in neighbouring Syria in the conflict.

The explosions went off about 20 metres (yards) from the Iranian cultural centre, blowing out the windows of a nearby orphanage run by a Sunni charity.

Children were peering out and screaming "bomb, bomb." Some were crying. A man working at a sweet shop opposite the bomb site said the blast shook the entire area.

"We heard one explosion and then another," he said.

Human remains were found nearby. The casualties included a number of children.