A suicide bomber blew up his car in southern Beirut on Monday night near an army checkpoint, killing himself and wounding several people watching the soccer World Cup in a nearby cafe. 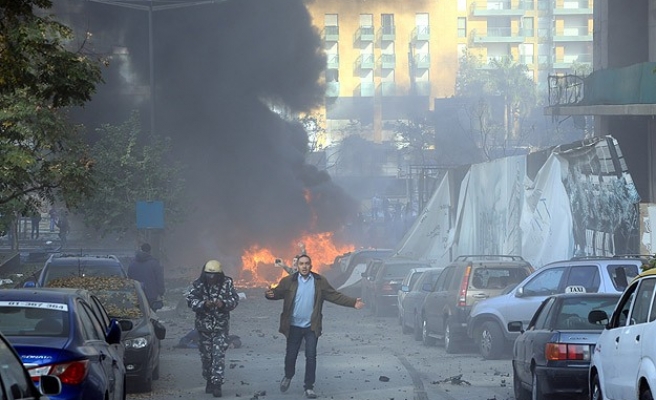 At least 19 people were injured when a suicide bomber blew his car up late Monday at an army checkpoint at an entrance to Beirut's southern suburb, a traditional stronghold for Shiite rebel group Hezbollah, a security source said Tuesday.

According to the source, the bomber blew up his explosive-packed car when security personnel intercepted the vehicle and opened fire on it after he declined to stop.

"The suicide bomber was heading to target a gathering of people watching a World Cup game, but he detonated his car only 100 meters away from the army checkpoint," the source, who asked to remain anonymous, told Anadolu Agency.

"The area was empty when the blast took place, which helped decrease the number of casualties," he noted.

Lebanese security forces cordoned off the area, as ambulances were seen rushed to the scene to carry away the injured.

A military involvement by Hezbollah group in support of the Syrian regime has drawn condemnation from Sunni-Muslim quarters inside Lebanon.

Sunni Al-Nusra Front rebel group in January declared that all of Hezbollah's sites would be considered "legitimate targets."

In recent months, several attacks targeted Hezbollah strongholds in southern Beirut and the eastern city of Hermel. Most of them were claimed by extremist Sunni groups in connection with the crisis in next-door Syria.