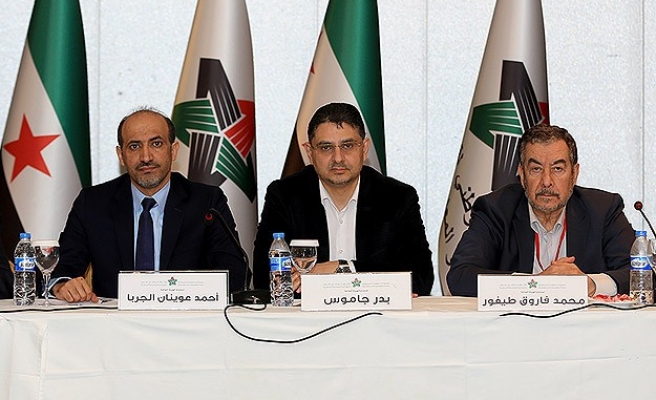 Syria has added opposition delegates at peace talks in Geneva to a "terrorist list" and seized their assets, including the house of one of them, anti-government negotiators and a diplomat said on Saturday.

The opposition delegation only learnt of the decision when a copy of the Justice Ministry decision was leaked this week to the opposition website www.all4syria.com, the sources said.

The memorandum, issued by the Justice Ministry, says the assets had been frozen under a 2012 anti-terrorism law.

The decision will further antagonise opposition members and their international backers after a second round of negotiations failed on Saturday to achieve any meaningful gains beyond an agreement to meet again at an unspecified date.

One diplomat said the opposition negotiators had discovered a few days ago that most of them were on a "terrorism list" of 1,500 activists and rebels opposed to President Bashar al-Assad.

"When (opposition member) Suhair al-Atassi saw her name she realised she had lost her house. A tear dropped from her eye for a moment and she then returned to her combative self," said the diplomat, who was meeting the opposition negotiators in Geneva.

Asked why Damascus had put members of the opposition Nation Coalition umbrella group on its terrorism list and frozen their bank accounts, Syrian government delegate Bashar al-Jaafari said: "You are trying to terrorise me and you won't succeed."

He said the decision was made two months before the Geneva talks began. "This has nothing to do with the Geneva conference. Whoever refuses to fight terrorism is part of terrorism."

Members of the National Coalition make up the bulk of the opposition delegation to the talks, which opened on Jan. 22.

One delegate, Ahmad Jakal, said: "The regime wants to prove it can get to us personally. In its sick thinking, anyone who opposes it is a traitor and terrorist."