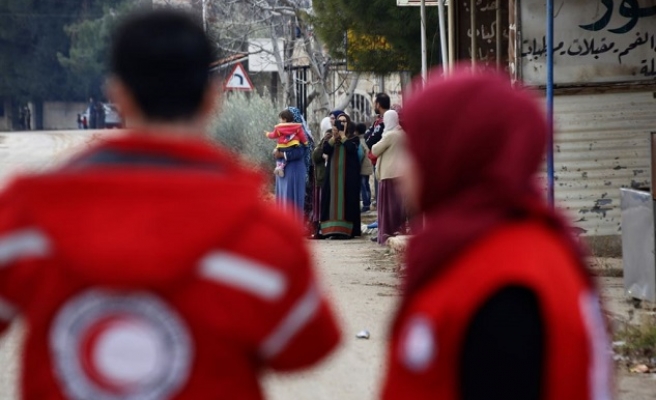 Since an unprecedented ceasefire came into force on February 27, aid deliveries have reached thousands of people in areas blockaded by regime and opposition forces.

Under an agreement negotiated with the two warring sides in the five-year war, aid groups were set to deliver aid to Madaya and Zabadani, two towns near Damascus blockaded by the regime, and Fuaa and Kafraya, which are besieged by the opposition in Syria's northwest.

Distribution to those areas has always been "synchronised," ICRC spokesman Pawel Krzysiek told AFP by phone from Damascus, meaning that aid could only be delivered to all four towns at once.

Citing "the situation around Qalaat al-Madiq" in central Hama province, Krzysiek said that "for security reasons we can't really send our trucks in this direction".

Opposition-held Qalaat al-Madiq is located on the road to Kafraya in northern Syria, he said.

Separately, the Syrian Observatory for Human Rights reported shelling by the army on Qalaat al-Madiq.

"We have everything ready," Krzysiek said. "As soon as the security situation allows for the synchronisation to happen, we will do it."

According to the UN, Syria's landmark truce has allowed aid groups to reach some 240,000 people since the deal came into effect.

While the ceasefire, which does not apply to the fight against jihadists, has held overall, there have been incidences of violence across Syria in the past few weeks, some of them deadly.