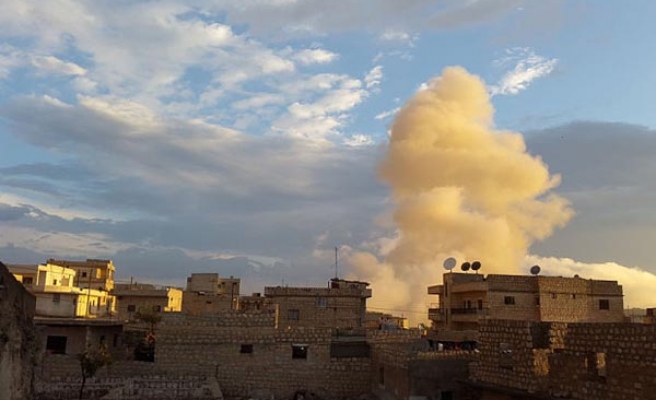 At least 28 ISIL fighters and 21 troops and militia have been killed in the battle for the road that leads to the government-held sector of Aleppo city, the Syrian Observatory for Human Rights said.

The  cutting of the highway from the rest of government-held territory on Friday dealt a blow to the regime, which has launched multiple ground offensives since Russia began an air campaign on September 30.

Aleppo was Syria's pre-war economic hub but it has been ravaged by fighting since mid-2012 and is divided between government control in the west and rebel control in the east.

The surrounding countryside is controlled by a patchwork of armed groups, including Islamist and moderate rebels as well as ISIL and its rival, Al-Qaeda affiliate Al-Nusra Front.

With the support of Russian air strikes, the army has recaptured territory south of the city in recent days and is seeking to break an IS siege of the Kweyris airbase to its east.

The clashes to the south of the city have killed at least 16 rebels since Friday, the Observatory said.

The army has also been on the attack in Hama and Homs provinces further south.

Twelve rebels and 14 troops and pro-government militia were killed in the fighting in Hama province, the Observatory said.