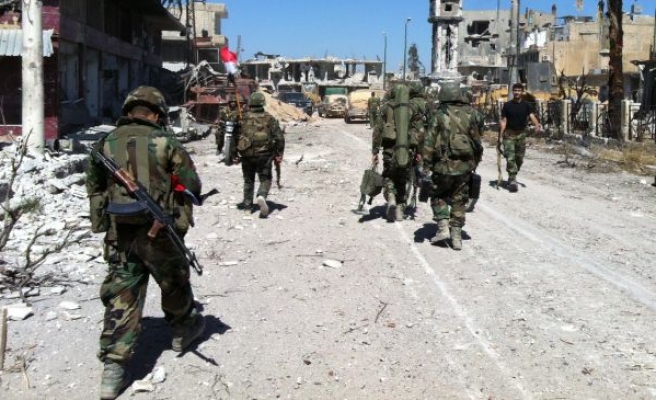 Syria's armed forces advanced south of the second city of Aleppo on Friday in a fresh ground offensive backed by Russian warplanes, a monitoring group said.

Since Moscow began its air war in support of Damascus on September 30, the Syrian army has launched assaults against opposition in at least four provinces with Russian aerial support, the Syrian Observatory for Human Rights said.

Russian air cover is backing offensives by Syria's army and allied militias in the central provinces of Homs and Hama, as well as Aleppo in the north and Latakia along the coast.

On Friday, the Syrian army pushed south from the provincial capital Aleppo city, where control is divided between regime and opposition forces, as Russian air strikes pounded the villages of Al-Hader and Khan Tuman and nearby localities.

"The Syrian army started a new front on Friday and advanced to take control of the villages of Abteen and Kaddar" about 15 kilometres (12 miles) south of Aleppo city, said Observatory head Rami Abdel Rahman.

He said "dozens" of Russian aerial attacks in the past 24 hours had struck the area, which is controlled by a patchwork of groups including opposition, some armed groups and Al-Qaeda's Syria affiliate, Al-Nusra Front.

Moscow has said its air war is targeting the ISIL armed group, but oppositions and their international backers say the strikes are concentrating on non-ISIL targets across the country.

On Thursday, the Syrian army with Russian air support fought to clear opposition fighters out of northern areas of Homs province.

But the Observatory, in a toll released on Friday, said most of those killed there in fighting the previous day were civilians.