Abdullah arrived for talks with President Bashar al-Assad in the Syrian capital before they travel together to Beirut on Friday. 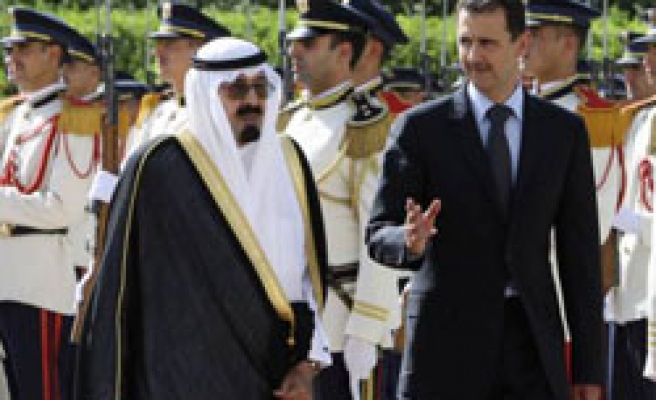 The Syrian government told the United States Thursday not to interfere in talks with the visiting Saudi Arabia's King Abdullah to Damascus and said the two countries know better how to stabilise the Middle East.

Abdullah arrived for talks with President Bashar al-Assad in the Syrian capital before they travel together to Beirut on Friday to try to calm tension over a UN tribunal to try suspects in the 2005 assassination of Lebanese statesman Rafik al-Hariri.

The official Syrian news agency said the Syrian president personally met the Saudi monarch at Damascus airport, a departure from protocol reflecting the importance of the visit.

The Syrian reaction came in response to a statement made by US State Department spokesperson Philip Crowley urging Assad to "listen carefully to what King Abdullah has to say."

A Syrian foreign ministry statement said the United States "has no right to define our ties with the countries of the region and interfere in the content of the talks the Saudi monarch will have in Damascus".

"Syria and Saudi Arabia ... know better than others the interests of the people of the region and how to achieve them without outside interference and they are able to define their policies to achieve peace and stability in the region," the statement said.

King Abdullah visited Damascus last year. The visit helped mend ties between Saudi Arabia and Syria, which had deteriorated after the Hariri assassination.

Any indictment of Hezbollah members would strain Lebanon's unity government, which is led by Hariri's son Saad and includes Hezbollah ministers.