Conflicts around and occupation of crops around the Syrian country side by rebel forces are forcing grocers, farmers and truck-drivers to reconsider their trade routes around Syria. 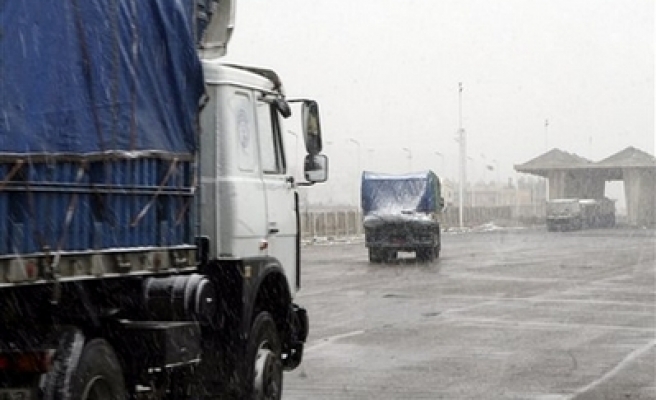 Increasing food and petrol prices resulting from the civil war in Syria are forcing Syrians to reconsider the trade routes and business clients.

The occupation of crop fields on the outskirts of Damascus by Islamist rebels, as well as ongoing conflicts with Kurdish rebels in the north of the country, are giving grocers in the Syrian capital city no other choice but to look for other sources to fill their market shelves.

Moreover, delivery truck drivers are upping the price of their labor due to rising petrol prices and unsafe roads.

In some cases, grocers in Damascus are being forced to order their vegetables from farms more than 200 kilometers away.

This had impacted trade routes in and around the country. Dubai based economist Samir Seifan told Bloomberg “trade is cementing Syria’s divide, it’s fostering the split in Syria into two parts.”

Samir Altaqi of the Orient Research Center also informed that traders were turning to neighboring economies. Olives produced in northern Syria were sent to Turkey where they were later pressed and exported as part of the Turkish economy.

Abdul-Qader Azzouz, an economics professor at Damascus University, mentioned that only 10% of wheat harvested in Syria actually reaches the official government. The rest is sent to consumers in Turkey.

In some parts of northern Syria, the Turkish Lira has even replaced the Syrian pound as the main currency.