No Russian forces fight in Syria 'neither by land, by sea or by air', country's information minister claims 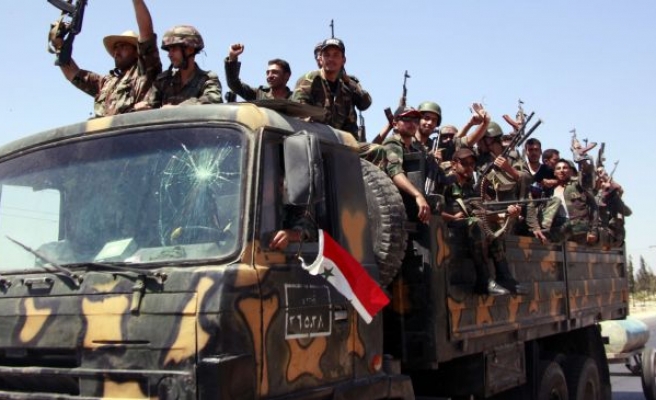 Syria's information minister denied on Tuesday reports of a Russian military buildup in his country, saying there were no Russian combat forces fighting alongside the army against any insurgents.

Omran al-Zoubi said the reports were "concocted in Western intelligence circles" to show the army was too weak without help from its foreign ally, and as a pretext for further support for opposition from countries who want President Bashar al-Assad ousted.

"There are no Russian forces and there is no Russian military action on Syrian territory neither by land, by sea or by air," Zoubi said.

"All of this is to insinuate the Syrian state is weak and that the Syrian military has weakened to the point of resorting to the aid of friends in a direct manner".

Russia, a traditional arms supplier to Damascus, has been a vital ally of Assad throughout the war that has fractured Syria into a patchwork of areas controlled by rival armed groups, including ISIL, leaving the government in control of much of the west.

Several leading newspapers in the region, citing Syrian sources, have also reported growing numbers of Russian troops stationed at a new military base near the coastal stronghold of Assad's minority Alawite sect in Latakia.

U.S. Secretary of State John Kerry told Lavrov on Saturday that if reports of the build-up were accurate, that could further escalate the war and risk confrontation with the U.S.-led alliance that is bombing ISIL in Syria.

Defence experts say military support for Assad from Tehran and Moscow has allowed the army to absorb advances by insurgents who, while better equipped than before, still remain mostly defenceless against government air strikes.

Foreign states are already deeply involved in the war that has killed a quarter of a million people. While Russia and Iran have backed Assad, opposition groups seeking to oust him have received support from governments including the United States, Saudi Arabia and Turkey.

"This is one of the most difficult types of wars because many countries and intelligence quarters are intervening with open-ended funds and lots of foreign terrorists," Zoubi said.