"The Syrian Arab Army does not target civilians and will not do so," state news agency SANA quoted Information Minister Omran al-Zoubi as saying 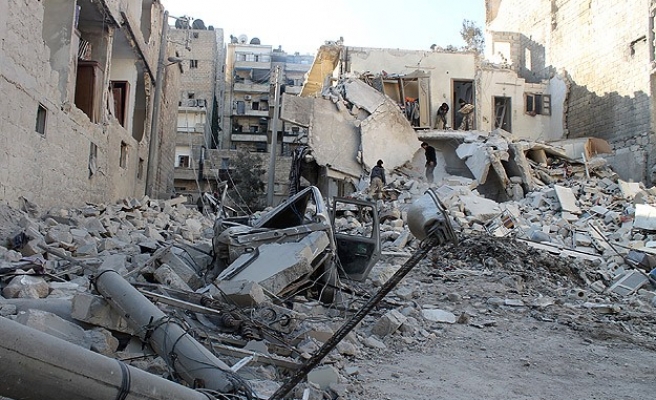 Syria rejected as "fabricated" U.S. accusations that its forces are targeting civilians with air strikes and said Washington would do better to criticise militants who have killed American citizens.

The U.S. State Department said on Wednesday it was "horrified" by Syrian government bombings in Raqqa province which it said had killed "dozens of civilians and demolished residential areas".

"The Syrian Arab Army does not target civilians and will not do so," state news agency SANA quoted Information Minister Omran al-Zoubi as saying late on Thursday.

He said Washington got its information from "terrorist organisations" in Syria such as ISIL and Nusra Front.

Tuesday's government strikes on the northern province killed 95 civilians, according to the Britain-based Syrian Observatory for Human Rights.

Both the Syrian military and U.S.-led forces are bombing Syrian targets in separate campaigns and both say they are pursuing militant groups.

"The U.S. State Department should rather have shown respect for the souls of American victims at the hands of terrorists from the Daesh (ISIL) organisation and not directed fabricated accusations towards the Syrian state which has been facing terrorism for years," Zoubi was quoted by SANA as saying.

Three U.S. civilians - two journalists and an aid worker - have been killed by ISIL.

The United States has backed anti-government rebels and wants to train and equip some to counter ISIL. Qatar has been running a camp for rebels, sources say.

The government of President Bashar al-Assad has characterised all opponents of his rule as extremists.

"Everyone has to choose between two options - either you are with terrorism, Daesh, Nusra Front and others or you are countering terrorism," Zoubi said.

he United Nations estimates that some 200,000 people have been killed in Syria's civil war since 2011.