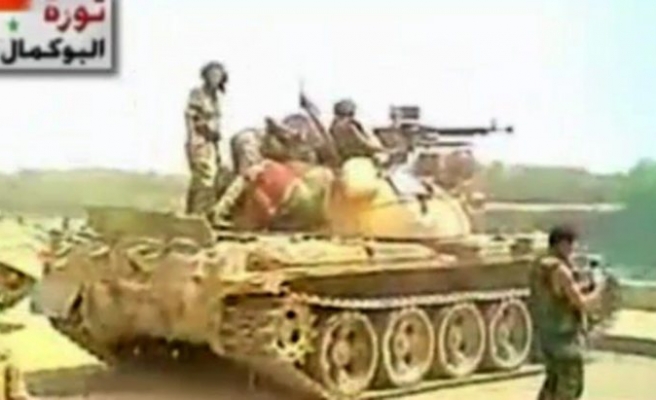 The Syrian Observatory for Human Rights said at least one woman was killed and 13 people injured when 12 tanks and armoured vehicles, along with 10 large buses full of troops, entered the towns of Taftanaz and Sermin, around 30 km (19 miles) from the border with Turkey.

On Tuesday, Syrian forces killed four villagers in the nearby town of Binnish, rights campaigners said.

"The three towns are near Idlib (the provincial capital) and are close to each other geographically and in family ties. Daily protests in the region have been unabated since the start of Ramadan," a local resident, who gave his name as Ali, told Reuters by phone, referring to the annual Muslim fasting month that began last week.

Turkey, whose southern province of Iskenderun borders Idlib, demanded on Tuesday that Damascus stop the killing of civilians and said it would watch events in Syria in the coming days.

The message from Turkey, long one of Syria's most valued allies, raised pressure on Assad, who said his forces would continue to pursue "terrorist groups".