"In Salaheddine now there are certain areas controlled by the (rebel) Free Syrian Army and some by the Syrian army," said Abu Ali, adding that his men were in control of the main Salaheddine square. 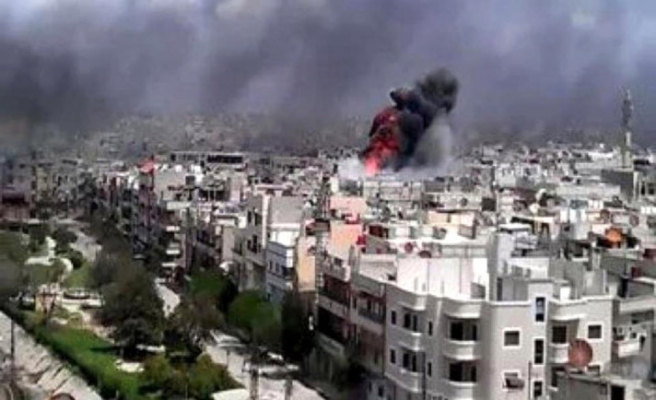 Syrian rebels said they had regained control over parts of a strategic district of Aleppo on Thursday after countering a sustained assault by President Bashar al-Assad's forces seeking to retake Syria's biggest city.

They said army tanks had pulled back from Salaheddine, the southern gateway to Aleppo, and pockets of fighting continued across the district which Syrian official media said on Wednesday had been "cleansed" of rebel fighters.

As the battle for Aleppo raged, Iran gathered ministers from like-minded states for talks about how to end the conflict. Russia, a key Assad ally, said its ambassador to Tehran would attend.

Assad must win the battle for Aleppo if he is to reassert his authority nationwide, although diverting military forces for an offensive to regain control there has already allowed rebels to seize large swathes of countryside in the north.

As part of a broader army offensive, Assad's forces attacked rebels on several fronts including a neighbourhood near the airport in south-east Aleppo, several eastern districts, and a town on Aleppo's north-western outskirts, state media said.

Abu Ali, a rebel brigade commander, told Reuters in Aleppo he had rallied 400 fighters of the Amr bin al-Aas brigade in response to Wednesday's army offensive in Salaheddine.

"We are here to be martyred," he told his men before joining them - despite being confined to a wheelchair by a recent wound - and coordinating their operations via walkie-talkie.

"In Salaheddine now there are certain areas controlled by the (rebel) Free Syrian Army and some by the Syrian army," said Abu Ali, adding that his men were in control of the main Salaheddine square.

Despite persistent rebel concerns about low levels of ammunition, Abu Ali said they were able to keep some supplies flowing to the fighters, though he would not give details.