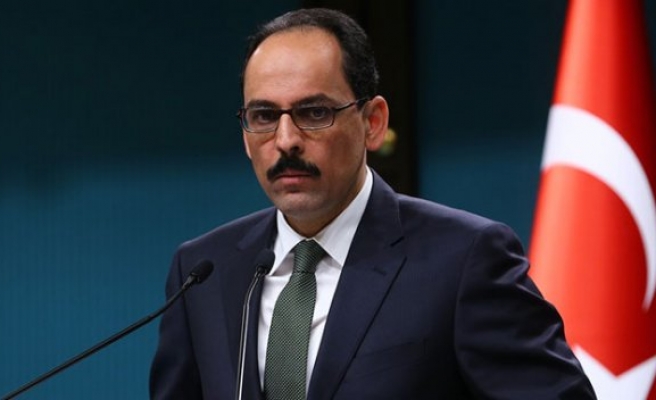 Turkey’s presidency on Sunday said Moscow’s invitation to a Syrian National Dialogue Congress initially set for Nov. 18 has been postponed to a later date.

Ibrahim Kalin, presidential spokesman, said that Turkey was in the middle of deciding whether to accept or decline the invitation to the congress when news came it had been postponed.

“We found out that the congress was announced as a fait accompli. We immediately objected”, he told news channel NTV. “Afterwards, the Kremlin contacted us and stated that they had postponed this meeting”.

During the last round of Syria peace talks in the Kazakh capital Astana late last month, three guarantor countries -- Russia, Turkey and Iran -- agreed to discuss proposals for holding a national dialogue conference.

However, the Syrian opposition’s High Negotiations Committee and the Syrian Coalition of Revolutionary and Opposition Forces both appear to have declined invitations to attend the gathering.

Syria has been locked in a vicious civil war since 2011, when the Assad regime cracked down on pro-democracy protests with unexpected ferocity.