The disclosure is a crucial stage in the process that should lead to the weapons' destruction. 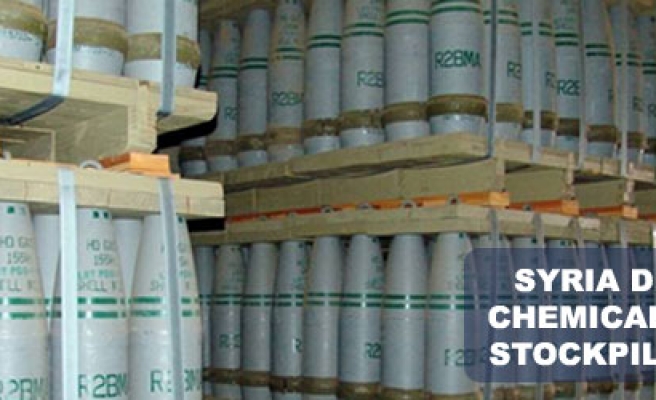 Syria has disclosed the information on its chemical weapons programme that was expected under an agreed Saturday deadline, the Organisation for the Prohibition of Chemical Weapons said.

The disclosure is a crucial stage in the process that should lead to the weapons' destruction. Syria is believed to possess about 1,000 tonnes of toxins, and has agreed to destroy them under a joint Russian-U.S. proposal designed to avert a U.S. military strike on Syria.

"The Technical Secretariat is currently reviewing the information received," a statement on the OPCW website said.

The chemical weapons watchdog's core members are due to vote - probably next week - on a plan aimed at fast-tracking the destruction of Syria's stockpiles of chemical arms by mid-2014.

The plan emerged after a U.S. threat to attack Syria and intense international diplomacy after a poison gas attack killed hundreds of civilians on the outskirts of Damascus last month.