In 2014, the Israeli army closed the Quneitra border crossing for "security reasons" 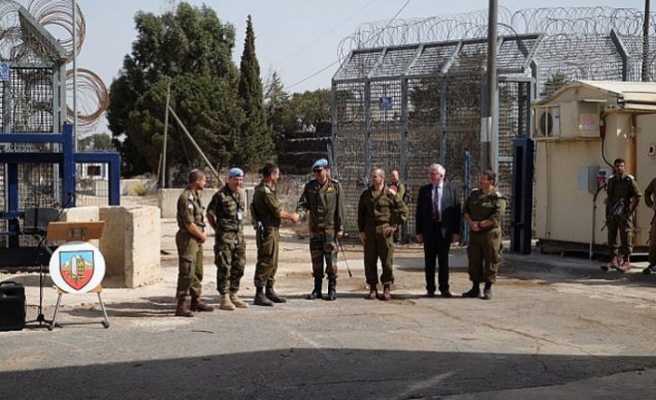 The Quneitra border crossing between Syria and Israel-occupied Golan Heights reopened on Monday after it was closed four years ago.

The crossing opening "will help implement the disengagement agreement in 1974 between Israel and Syria, which focuses on the identification of a buffer zone and an area free of military forces between the two countries,” the Israeli military said in a statement.

“At this stage, the crossing will be used only by UN forces to cross from Israel to Syria and vice versa," it added.

In 2014, the Israeli army closed the Quneitra border crossing for "security reasons".

“This is a positive step from both Israel and Syria,” Kobi Marom, an Israeli commander in the area, was quoted as saying by Israeli army radio.

“But there are still two common problems which is the Iranian presence and the risk of Hezbollah starting to build its infrastructure in the Golan Heights,” he added.

Israel has occupied most of the Syrian Golan Heights since the 1967 Middle East War.

On Monday, the Jaber-Naseeb border crossing between Syria and Jordan was reopened after a three-year closure.

Syria has only just begun to emerge from a devastating conflict that began in 2011 when the Bashr al-Assad regime cracked down on demonstrators with unexpected ferocity.