Davutoglu represents Turkey among the other participants of the meeting. 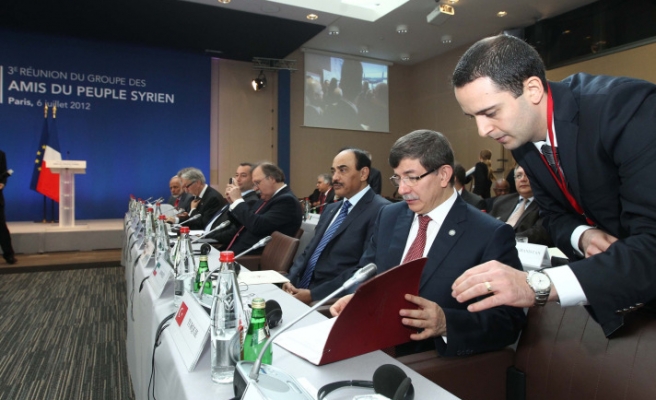 Turkish Minister of Foreign Affairs Ahmet Davutoglu represents Turkey among the other participants of the meeting.

The first "Friends of Syrian People" meeting took place in Tunisia on February 24 and the second in Istanbul on April 1.

Meeting in Paris will focus on the pressure over the Syrian regime.

Moreover, representatives of some international establishments will underline the Geneva meeting which took place on June 30 and Annan's six point plan.

Russia did not attend the meetings which took place in Tunisia and Istanbul and will not be attending the meeting in Paris as they are a strong supporter of the government of Damascus.