The UN deadline for the total destruction of Syria's chemical weapons is June 30, but the government had vowed to complete the removal of its 1,300 tonnes of chemical substances on April 27 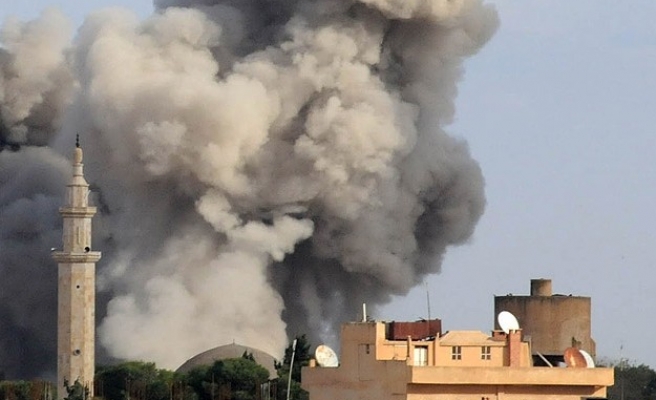 Syria appeared to have missed a self-imposed deadline to get rid of all its chemical weapons by April 27, as the United Nations announced that more than 92 percent of the arsenal had been shipped out of the country or destroyed.

The UN deadline for the total destruction of Syria's chemical weapons is June 30, but the government had vowed to complete the removal of its 1,300 tonnes of chemical substances on April 27, after missing several deadlines.

Sigrid Kaag, head of the joint mission of the United Nations and the Organization for the Prohibition of Chemical Weapons, told reporters in Damascus that the UN hoped Syria would meet the June deadline.

"Few days ago we were able to announce and confirm that over 92 percent of Syria chemical weapons stockpile has been removed or destroyed in the country. This is significant," she said.

"(Also) a total of 18 removal operations have been carried out ...and always with due regard for the environment and public safety," she added.

The chemicals are being transported to the Mediterranean port of Latakia and loaded onto Norwegian and Danish ships for transport from Syria to the Italian port Gioia Tauro, where they will be transferred to a ship equipped to destroy the agents and turn them into low-toxicity effluent.

Syrian President Bashar al-Assad, locked in a three-year conflict with rebels seeking to topple him, agreed to destroy his chemical weapons after hundreds of people were killed in a sarin gas attack last year in the outskirts of Damascus.

Both the government and the rebels blamed each other for such attacks. Syria has vowed to hand over or destroy its entire arsenal by the end of this week.

"If this is achieved ... then Syria has indeed successfully acquitted itself of a major obligation that is a focus of much international attention."