Brahimi, an Algerian diplomat, appeared to back away from the comment in remarks on Sunday to Al Jazeera, explaining that what he had said was that it was too early for him to say anything about "the content" of his mission. 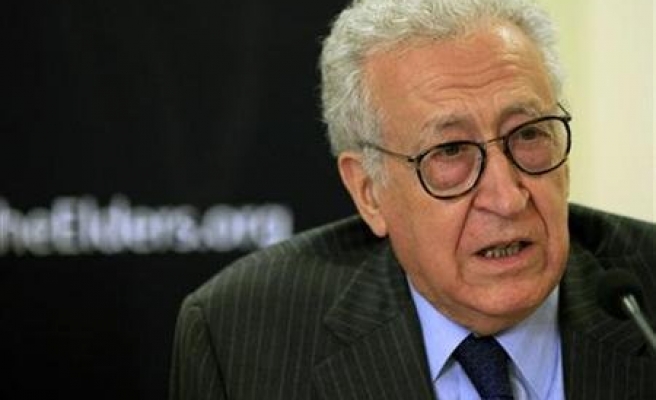 The main Syrian National Council opposition group demanded on Sunday that the conflict's new international mediator apologise for saying it was too early to comment on whether President Bashar al-Assad should step down.

Lakhdar Brahimi, speaking after the United Nations confirmed last week that he would take over Kofi Annan's mediation role, said he could not ask Assad to resign because he did not "know enough about what is happening", in contrast to Annan who said it was clear the Syrian leader "must leave office".

Brahimi, an Algerian diplomat, appeared to back away from the comment in remarks on Sunday to Al Jazeera, explaining that what he had said was that it was too early for him to say anything about "the content" of his mission.

"I was only appointed two days ago and have not been to New York or Cairo. It is premature to say anything about the content of the case," Brahimi said, referring to the seats of the United Nations and the Arab League, who he will represent.

The Syrian National Council, which was established in Turkey last year, said Brahimi appeared to be giving Assad time to pursue his military crackdown.

The Council said Brahimi showed "disregard for the blood of the Syrian people and their right of self-determination".

"Whoever gives this criminal regime an opportunity to kill tens of thousands more Syrians and destroy what is left of Syria does not want to recognise the extent of the tragedy," the council said in a statement.

"Giving Bashar al-Assad the time he needs to destroy the basis of Syrian society is against humanity and peace ... We demand that the envoy, who did not consult any Syrian about his mission, to apologise to our people," the statement said.

More than 18,000 people have been killed and some 170,000 have fled Syria since the revolt against the Assad family rule, broke out in March last year, according to the United Nations.

The SNC said that, according to its own tally, the number killed by Assad's forces had risen from a few hundred a month last year to an average of 2,000 a month to 5,000 during the holy month of Ramadan, which ended on Saturday. It was not possible to independently verify the figures.

Annan, who steps down at the end of the month with his peace plan in tatters, resigned complaining that divisions within the Security Council had hampered his work.