The Syrian Observatory for Human Rights said 21 civilians were killed on Sunday. 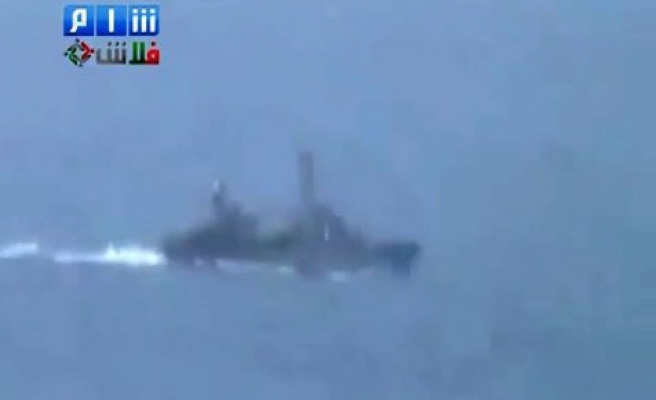 The Syrian navy shelled the main Mediterranean port city of Latakia on Sunday, residents said, as President Bashar al-Assad broadened a military offensive to crush street protests against his rule.

Since the beginning of the fasting month of Ramadan on August 1, Assad's forces have stormed major urban centres and outlying regions where protests demanding political freedom and an end to 41 years of Assad family rule have been attracting crowds in larger numbers, human rights campaigners said.

"I can see the silhouettes of two grey vessels. They are firing their guns and the impact is landing on al-Raml al-Filistini and al-Shaab neighbourhoods," one witness told Reuters by phone from Latakia, where tanks and armoured vehicles deployed three months ago to crush dissent against Assad in mainly Sunni neighbourhoods of the mixed city.

"This is the most intense attack on Latakia since the uprising. Anyone who sticks his head out of the window risks being shot. They want to finish off the demonstrations for good," he said, adding that an average of 20,000 people have been rallying daily to demand Assad's removal in different areas across the city after Ramadan night prayers, known as "tarawih".

The Syrian Observatory for Human Rights said 21 civilians were killed on Sunday. The deaths came after security forces shot dead 20 people during nationwide marches on Friday.

A United Nations official has said Assad's forces have killed up to 2,000 civilians since the uprising began in March.

The 57-member Organisation of Islamic Cooperation called on Saturday for an immediate halt to the military campaign against protesters. U.S. President Barack Obama and Saudi Arabia's King Abdullah repeated their calls for the military assaults to stop.

Obama also spoke to British Prime Minister David Cameron and the leaders called for an immediate end to attacks by Assad's forces, the White House said. It said Obama and Cameron would "consult on further steps in the days ahead", which could result in more sanctions on Assad, with Washington calling on Europe and China to consider sanctions on Syria's oil industry, a key source of hard currency for the ruling hierarchy.

Syrian authorities have expelled most independent media since the beginning of the uprising making verifying events on the ground difficult.

Assad, from Syria's Alawite minority, has repeatedly said Syria is facing a foreign conspiracy to divide the country of 20 million. The authorities blame "armed terrorist groups" for the bloodshed, and say 500 police and troops have been killed.

But Assad's statements appear to have found little resonance among the majority Sunni population of Latakia, where, similar to urban centres in the rest of the country, the ruling minority has encouraged Alawites to move from their traditional mountain regions, luring them with cheap land and jobs in the public sector and security apparatus.

The Latakia port figures highly in the Assad family domination of the economy, with Bashar al-Assad's late uncle Jamil having been in virtual control of the facility, and a new generation of family members and their friends taking over.

Demonstrations against Assad during the five-month uprising have been biggest in Sunni neighbourhoods of Latakia, including Salibiya in the centre of the city and Raml al-Filistini and al-Shaab on the southern shore.

Troops and tanks have been besieging the two neighbourhoods for months, residents say, with garbage going uncollected and electricity regularly being cut.