Thousands of activists and other civilians have been arrested in more than five months of pro-democracy protests in Syria, where the United Nations says more than 2,200 people have been killed. 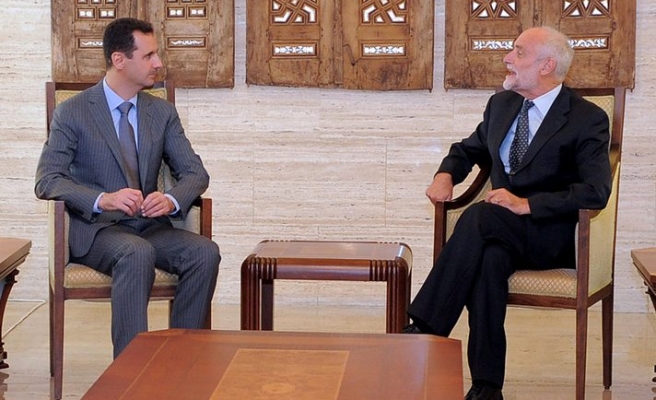 Syria has opened its prisons for the first time to the Red Cross whose officials visited detainees in the central prison in Damascus, the International Committee of the Red Cross (ICRC) said on Monday.

"The Syrian authorities have granted the ICRC access to a place of detention for the first time. Initially, we will have access to persons detained by the Ministry of the Interior and we are hopeful that we will soon be able to visit all detainees," ICRC President Jakob Kellenberger said in a statement issued at the end of a two-day visit to Damascus.

Kellenberger said the prison visits, which began on Sunday, were "an important step forward for our humanitarian activities in Syria" and that he had pressed Syrian President Bashar al-Assad in talks on Monday to ensure that the wounded were treated.

Since Kellenberger's last visit to Syria in June, the ICRC has been able to bring vital supplies to many places affected by the violence, including Hama, Idlib, Homs, Latakia, and Deraa, the Geneva-based agency said in a statement.

"Mr. Kellenberger welcomed the progress made in terms of access to areas affected by the ongoing violence. He emphasized that one of his main concerns now is to ensure that the wounded and sick are able to obtain medical care," it said.

Thousands of activists and other civilians have been arrested in more than five months of pro-democracy protests in Syria, where the United Nations says more than 2,200 people have been killed.