'The project of a temporary truce to halt hostilities will be examined with the rebel factions on the ground,' a leading member of the High Negotiations Committee says 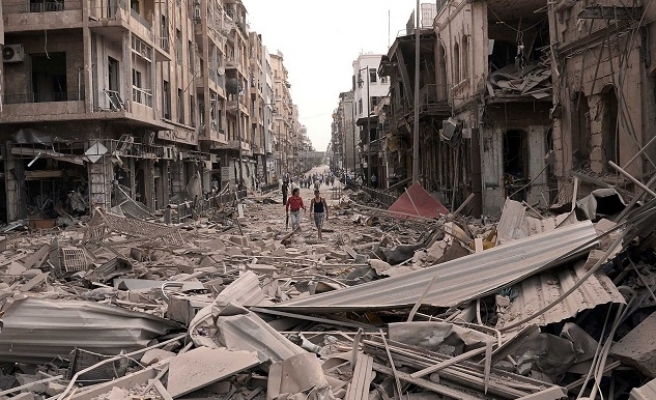 A key Syrian opposition body said Friday that a proposed pause in fighting in the country would have to be examined and decided upon by the forces on the ground.

The comments came a day after world powers agreed an ambitious plan for a "cessation of hostilities" across Syria to begin within a week.

"The project of a temporary truce to halt hostilities will be examined with the rebel factions on the ground," said George Sabra, a leading member of the High Negotiations Committee.

The HNC is an umbrella group of opposition bodies and figures formed in Riyadh to negotiate at peace talks in Geneva that collapsed earlier this month.

Sabra said rebels in Syria "are the ones who will decide on the implementation of this truce," adding "we are committed to this decision being taken by the HNC and the factions."

HNC chief Riad Hijab also stressed on his Twitter account that the truce would be "conditional on the agreement of the factions of the southern and northern fronts" in Syria.

Sabra said that if the rebels agreed to the ceasefire and a UN Security Council resolution demanding an end to the targeting of civilians as well as aid access across Syria was implemented, then "the door will open to the resumption of talks in Geneva."

The UN-sponsored peace talks opened in late January but struggled to get off the ground.

Negotiations collapsed after the opposition refused to hold talks without the UN resolution being implemented, and as regime troops backed by Russian air strikes launched a major operation around the city of Aleppo.

The plan agreed by world powers Thursday sets up a UN task force co-chaired by Russia and the US to "develop the modalities for a long-term comprehensive and durable cessation of violence," according to U.S. Secretary of State John Kerry.

A separate aid task force will work on ensuring humanitarian access throughout Syria, including to besieged areas.

More than 260,000 people have been killed in Syria since the conflict began with anti-government protests in March 2011.